The A. Macdonald building is historically significant for the role it played in the history of the storage and cartage of wholesale grocery goods in Edmonton from its beginnings up to the mid-twentieth century. Constructed in 1913-14, it was named for Alexander Macdonald, president of the A. Macdonald Company of Winnipeg, whose Edmonton branch became one of the three largest grocery suppliers in northern Alberta.

A solid four-storey pre-First World War brick edifice, it is one of Edmonton’s most distinguished examples of commercial warehouse architecture. A landmark in the central McDougall area, the A. Macdonald Building retains a high level of integrity of design and historic fabric. Notable features include: red brick walls on the south and west facades with brick corbels and decorative diamond-shaped stonework, detailing of four ground-floor, arched entrance-loading docks with double loading doors that illustrate the original storage function of the building, paired pilasters flanking the main entrance, parapet, and building name plaque above the main entrance.

Designated as a Municipal Historic Resource, this fine building is now home to private apartment residents. 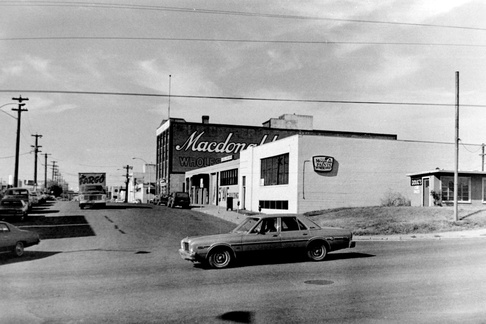 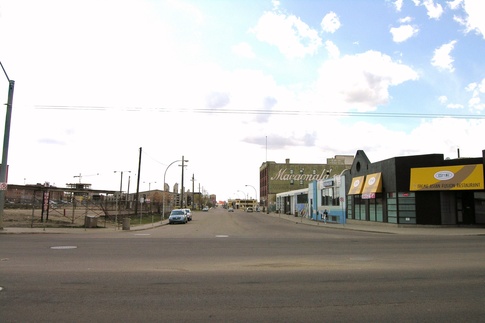 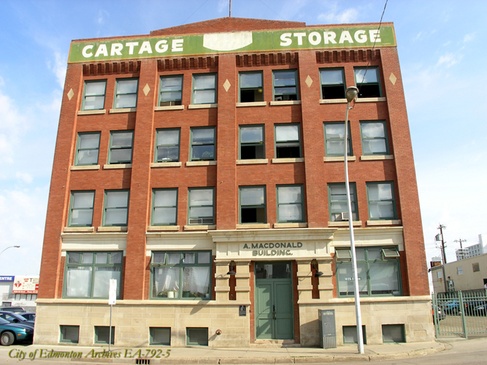 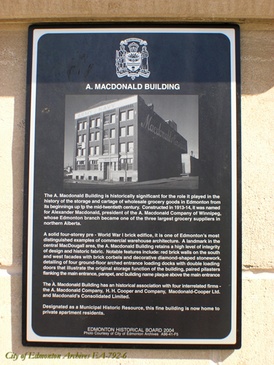