In the 1860s the Reverend George MacDougall bequeathed his homestead on this site to the Methodist Church for educational and missionary purposes. Alberta College was founded by members of the MacDougall Church board in 1903. The college offered a curriculum of music, commercial, secondary school and university transfer subjects, initially in affiliation with McGill University.

After a year in temporary premises, the college occupied its first permanent building on this site in 1904. In 1926 the Theological Department was amalgamated into St. Stephen’s College on the University of Alberta campus. That same year the college expanded into a handsome gothic style building faced with tapestry brick and Indiana limestone. The building was demolished in 1961 and its successor was in turn replaced by the current structure which opened in 1993.

Alberta College has grown from an initial enrolment of 67 students to a population of 9,000. It was affiliated with the United Church from 1925 until 1991 when it became an independent college. 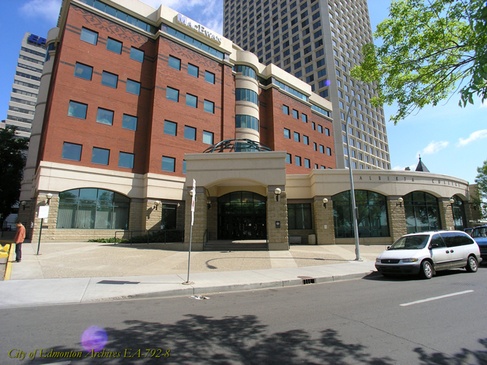 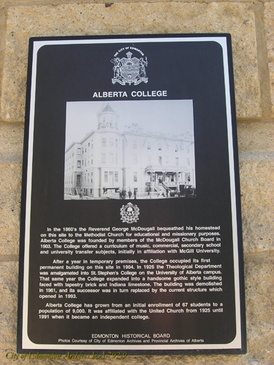