In February 1966, Edmonton’s iconic CN Tower was completed. Designed by Abugov & Sunderland, at 26 floors the tower was the tallest building in western Canada and Edmonton’s first skyscraper.

In 1998 the train tracks that ran under the building were removed and passenger trains no longer stop at the tower.

The building has housed many businesses over the years including CN offices and the City of Edmonton. However, in 1968 it also housed Canada’s first Aboriginal broadcasting company, the Alberta Native Communications Society. The society only stayed in the building for two years, but during that time it grew to service much of western Canada through print, radio, television and movies.

The society began as the Cree Radio Program of Northern Alberta in 1966. It was incorporated as a non-profit in 1968. Each board consisted of six First Nations and six Métis members.

The ANCS used the slogan “From Smoke Signals to Satellites.” Originally created to serve Aboriginal Albertans, it quickly grew to a large organization that had radio and TV broadcasts across western Canada.

By 1979 the ANCS newspaper, The Native People had a weekly circulation of 10,000. The Cree and English radio programs, “The Native Voice of Alberta,” were heard on four stations. Department of Education programs were shown in Alberta schools. Native students were being trained in the communications fields. CFRN and ITV also regularly showed ANCS programs.

The ANCS received funding from the Department of Indian Affairs and from provincial grants through Alberta Culture. They used that funding to reach out to Canada’s Indigenous peoples and confront the social and economic problems their communities faced.

The society faced criticism from the Ministry and from other media such as the Edmonton Journal. But they never backed down from their mandate to support and build up Indigenous peoples.

ANCS eventually moved to ACCESS studios at 9311 – 60th Avenue. Their federal funding was withdrawn in 1983 and the society was forced to declare bankruptcy.

Much of the society’s fiction and documentary video collection has been preserved and is held by the University of Calgary.

My late Mother Ernestine Gibot used to work with ANCS and had a film made about her life. Its "Somebody called Ernestine" Im the last of her children, her baby. I wanted to know if there was interest in going beyond her story...with me re:residential school and 60's scoop

I used to cohost a show with Norman Quincey years ago. We used to tape our shows then mail them out to a number of radio stations who played our shows. Are any of these shows archived? 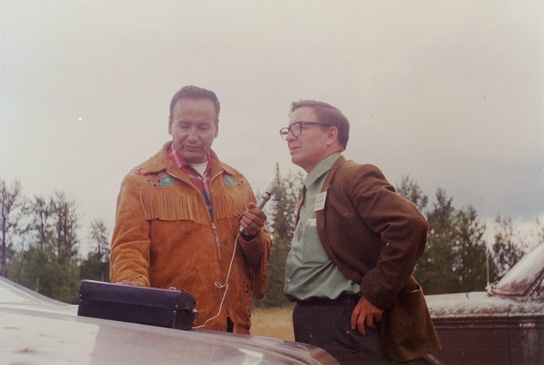 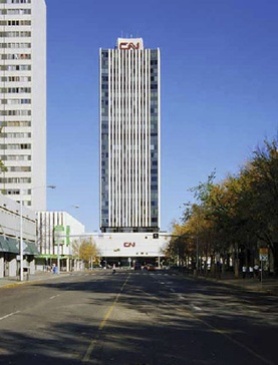