This school is named to honour Alexander Taylor, Edmonton pioneer and chairman of the Edmonton Public School Board from 1899 to 1909. The cornerstone for the school was laid on August 30, 1907. The contractor was R.J. Manson, and Roland W. Lines was the architect. Over the decades the teaching staff have maintained the pioneer spirit of Alexander Taylor by introducing innovative programmes of study for its young students as well as for the adult population of Edmonton.

One hundred years ago, in the midst of Edmonton’s greatest boom of the first half of the 20th century, construction was underway on a brick school overlooking the North Saskatchewan River valley. Named for a pioneering Edmonton telegraph operator named Alexander Taylor, the three-storey building on the eastern flank of downtown was part of the fledgling school board’s ambitious construction campaign.

Alexander Taylor School has survived several fires, a debilitating slide by the neighbourhood it calls home and even a threat to bulldoze it for a roadway. For 30 years starting in 1970, the school was guided by the hand of Steve Ramsankar, a principal who was awarded the Order of Canada in 1983 for his tireless commitment to “his kids.” Ramsankar moulded Alex Taylor into a community school that has become a model for educators around the globe. In 2002 Edmonton City Centre Church Corporation signed a 20-year-lease with the school board for $1 a year and converted the building for its use as office and program space. 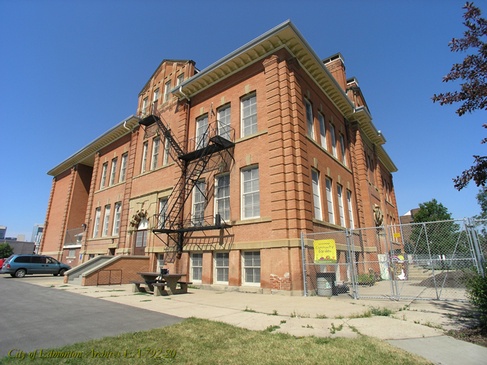 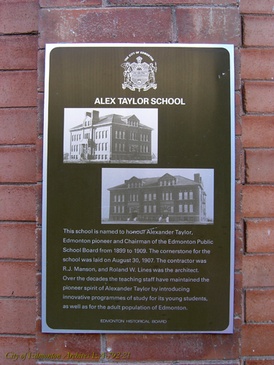