In 1911, Rev. William Pike, a Methodist minister, opened the All Peoples' Mission to help Edmonton’s immigrant Ukrainian community. They later moved to a building at 106 Avenue and 96 Street, the site of the current Edmonton Police station.

A financial legacy from businessman Torrence E. Bissell allowed the Mission to move to a purpose-built brick building at 10341 96 Street in 1936.

The Mission expanded its mandate during the Great Depression and helped people living with low incomes by handing out sleeping mats, clothes and meals. People from all cultures were welcomed and church services for various immigrant cultures were held regularly.

The Mission (renamed the T.E. Bissell Memorial Institute in the 1970s) provided help for everybody who needed it. During WWII, they opened their doors to Japanese Canadians who had been forced to leave British Columbia and many immigrant groups. But it was the assistance they gave to Indigenous Canadians that has provided the Bissell Centre’s legacy.

For many decades, it was illegal for Indigenous Canadians to meet in groups larger than 12 off reserve, speak their languages in public or enter Parliament grounds. In spite of this, The Bissell Centre gave a council of Alberta chiefs a safe place to meet to discuss their role in Canada in 1949 and 1950. The council included James Gladstone, who was later appointed to the Senate; Joe Bull Shield (Blood); Philip Soosay (Cree) from Hobbema and Peter Burnstick (Cree) from Stoney.

The work that the Indian Association of Alberta did at the Bissell Centre influenced Canadian Aboriginal rights. They worked to regain their land and the ability to freely practice their cultural and spiritual traditions. The list of grievances and recommendations they presented to parliament influenced the Indian Act amendment of 1951. The table the leaders met around still sits in a conference room at the Bissell Centre’s new location.

By the 1970s the Bissell Centre had separated itself from the church and focused solely on community aid. They continued to serve the inner city with meals, free childcare, and worked with seniors and inner-city youth. They also maintained their strong ties to Edmonton’s Aboriginal communities. 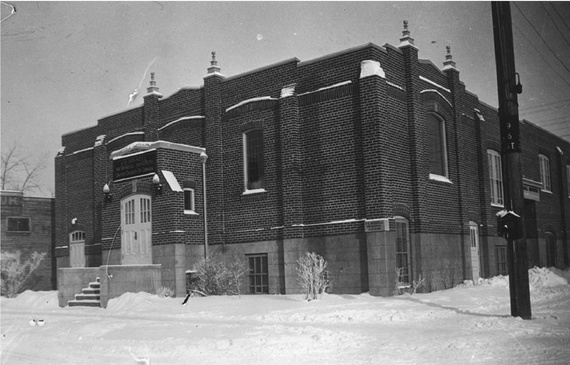 The T.E. Bissell Memorial Institute, 1936. Provided by the Bissell Centre. 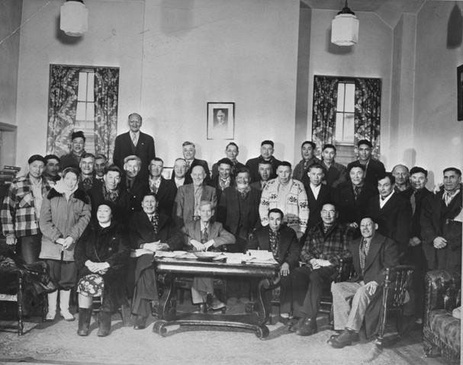 Council of Chiefs meet to discuss grievances and prepare document to present to Parliament, 1946. Provided by the Bissell Centre.