In 1875 the Anglican Church first held regular services in a loaned cabin located just outside the walls of Fort Edmonton. One year later, Canon Newton was forced to vacate this cabin. Malcolm Groat then offered nine acres of land on which a church could be built. Subsequently, a log structure was built near what is now 121 Street and Jasper Avenue. Due to the ever-increasing size of the congregation, a final move to 103 Street near Jasper Avenue was made in 1895. Since that time, numerous demolitions, additions and new constructions have taken place. The present structure, All Saints’ Cathedral, was dedicated on May 10, 1956. 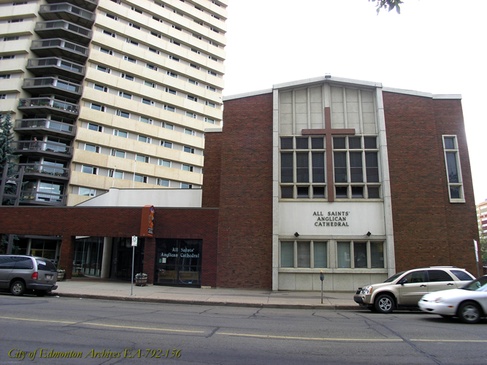