Important for its construction technique as well as its design, the Arlington Apartments were rapidly constructed in 1909 with load bearing masonry walls and marked the initial introduction to Edmonton of the apartment block as a distinct building type. Its simple well-proportioned design and modest classical detailing is reminiscent of the Edwardian era.

July 23, 2007 was when this Picture was taken. You can see the partial demolition. 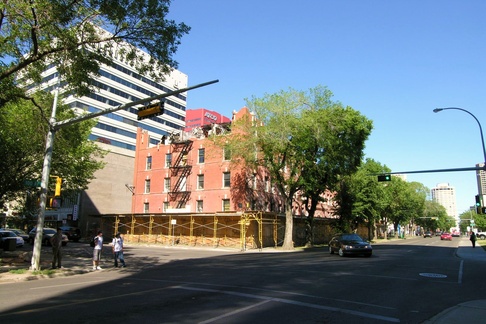 Many of the suites and the old style Murphy beds. 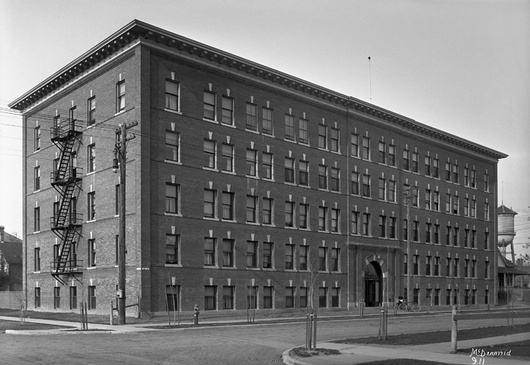