This 1912 structure is one of the city’s finest remaining examples of commercial style architecture. It is significant because of its association with the early development of Edmonton’s warehouse district, an area that accommodated the city’s industrial and warehousing commerce. The Armstrong Block is one of a collection of surviving, important warehouse buildings that attest to Edmonton’s rapid expansion prior to the First World War. The uniqueness of this building is the combination of residential, warehouse and commercial uses, the same functions that it has served since its construction.

The Armstrong Block is also noted for its architecture, a prominent example of an Edwardian-era combination of commercial and residential functions. The basement and first floor served wholesale businesses; offices were located on the second floor while the third and fourth floors housed residential units.

The Armstrong was the only building in the warehouse district to be constructed with brick and steel throughout, unusual at the time. Designer David Hardie included such architectural details as: projecting brick pilasters, cast stone detailing, arched lintel, pressed metal cornices and an elevated front parapet with cast stone “A” insignia.

The building was fully restored in 2004. 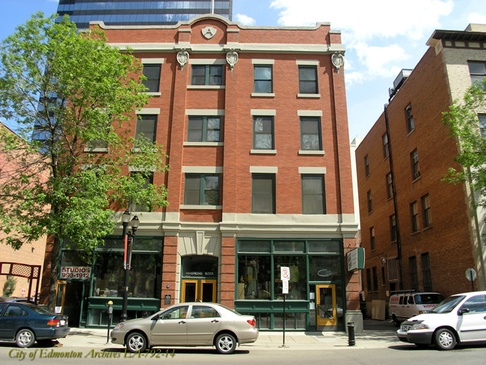 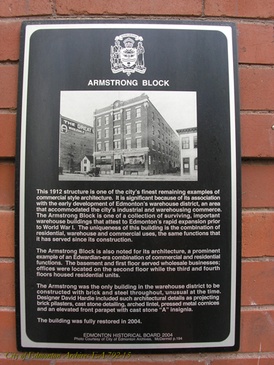