Arndt’s Machine Shop, built c.1940, is a one-storey commercial building with a corrugated steel barrel roof, a bowed parapet, a central front entrance and a textured stucco finish. It occupies two city lots on a mixed-use street in the Edmonton neighbourhood of Ritchie. The municipal designation applies to the exterior of the building; the interior is considered a non-contributing element.

Arndt’s Machine Shop is valued due to its modern commercial design. Modernistic architecture such as that seen in Arndt’s Machine Shop was established in Edmonton in the 1930s and 1940s, and the design ideas implicit in the style would soon spread to almost every element of Edmonton’s built environment. The stucco finish, bowed parapet and square corner pilasters which conceal the corrugated steel barrel roof are all indicative of a modern variation on the commercial boomtown front design popular at the turn of the century, showing the transition from previous commercial design to a more modern one. The slightly textured white stucco finish is typical of these modern commercial structures. The simple utilitarian design was inexpensive to build and suited to its light industrial use.

The heritage value of Arndt’s Machine Shop is expressed in such character-defining elements as:

Ted Arndt opened a blacksmith shop at this location in 1928, and is believed to have constructed this one-storey barrel roofed commercial building to replace the original building on the lot during the late 1930s or early 1940s. By the 1950s his business had evolved from a blacksmith shop to a machine shop. The business benefited from its proximity to the C & E Railway, the increased industrial development that occurred after the end of the Second World War and the discovery of oil in Alberta. The change from blacksmith to machinist reflects a broader shift from the horse-drawn age in Edmonton to the increasing mechanization that characterized the mid-20th century.

An exact date of construction for this building was not found. Henderson's Directory lists the address first in 1928 as Ted Arndt's blacksmith shop, and by the 1950s it had become a machine shop. Building permits from 1913 until 1958 were examined, but the only permits for this address were renovations in 1938 (addition) and 1943 (stuccoing). The current building therefore may be an extensive remodelling of a previous building, although the barrel roof design makes this unlikely. 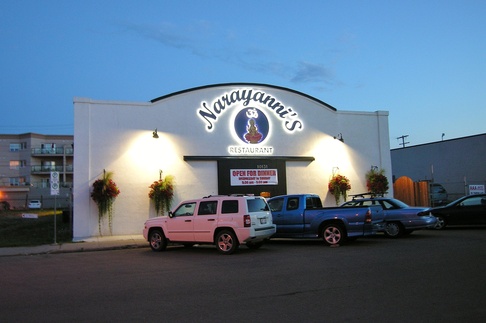 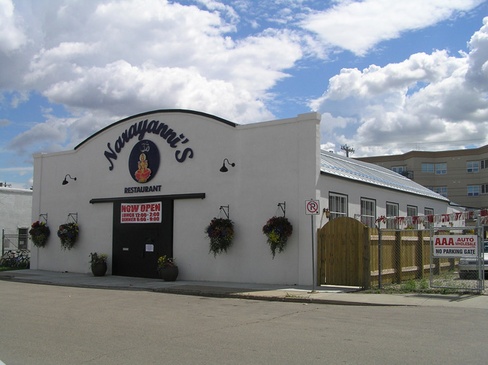