This large brick Queen Anne style residence was built in about the year 1907 by Arthur Davies.

Mr. Davies was prominent in Strathcona’s commercial and political life after 1895, and his grocery emporium was well known.  He served as Strathcona’s mayor in 1905 and once again in 1911, overseeing the amalgamation of the cities of Strathcona and Edmonton.  Mr. Davies earned recognition as the “Father of Greater Edmonton”.

The Davies house design incorporates twin, two-storey bow windows and classical details including sandstone string courses and lintels.  A second-storey balcony is supported by Tuscan columns from the porch below, and the underside of the roof’s side, bellcast eaves is finished with wooden brackets.

Whose Bricks were used in this Building ?

Sold in 2013 and demolished. Now a low rise set of condo's called "The Arthur". So much for historical significance.

The house was purchased and taken down, brick by brick. It was moved to Riverdale and rebuilt using as much of the original material and in the original design. 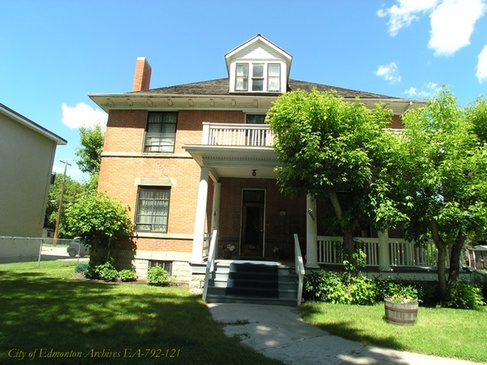 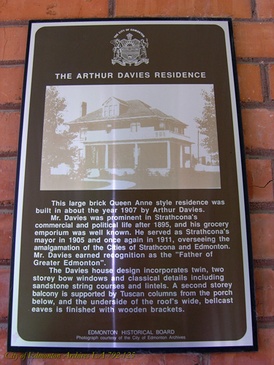