In 1929, the First Swedish Lutheran Church began holding services in downtown Edmonton at what was then the YMCA. By 1944, the congregation had grown to more than 200 people. This trend towards growth through the Post-War period was very much in line with what was happening in neighbourhoods throughout the city, where the community church was a cornerstone of modern neighbourhood design and social etiquette. Consequently, a new iteration of the church was built in 1953 to house the growing numbers, later becoming Augustana Lutheran Church – the same church that would eventually close its doors for good in 2014 to make way for a proposed condo tower.

The church building itself was on the humble side of Modernist design.  Modest in appearance and built using locally-sourced and economical materials, it could be said (save for the steeple, erected on top of the church with the help of a ladder and fire truck) that the overall design was austere, restrained and void of much dramatic flair. Honest too, in the sense that practicality and function were front and centre both in the simple gathering spaces in the basement level attached to the parish hall, and most noticeably in the massive wooden trusses: utilitarian, exposed and unadorned in the main sanctuary. This was a church about service – and not one that liked to show off.

So it came as no surprise when on December 28, 2014, the once blooming congregation, now sparse and overlooked in a changing urban landscape, made the practical decision to amalgamate with Holy Spirit Lutheran Church on 51 Avenue after selling the church building and adjacent lands to a developer. What did surprise many, however, is what the congregation decided to do with the revenue from the sale. Using the approximately $1.5 million in proceeds, they created an endowment fund through the Edmonton Community Foundation to enable many local charities the opportunity to benefit in perpetuity. In addition, one-time grants were also given to a number of causes, as were annual grants of $20,000 to foundations such as the Brian Rude El Salvador Mission, ministry work at Alberta’s post-secondary campuses, and to E4C, a charity providing services to address poverty in Edmonton.

The physical legacy of Augustana Lutheran Church lives on too in very practical ways – much like the spirit in which this church was built on in 1953. The pews were sold to a church in Manitoba, the welcome sign is now hosted at Holy Spirit Lutheran Church, and the front doors, with their inlaid crosses, have now been made into a table at Christ Lutheran Church in Rhein, Saskatchewan. Even the trademark trusses are said to be going to a future development. As the physical church continues to adjust and adapt to neighbourhood use and development after the Post-War Years, the legacy of Augustana Lutheran Church causes us to pause for a moment and reflect on the role of the church socially and architecturally in a modern city – and how it chooses to adapt to changing times. 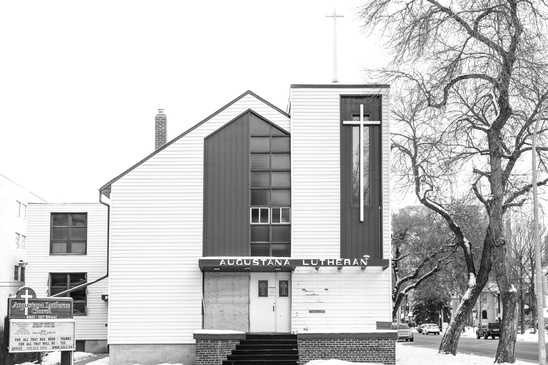 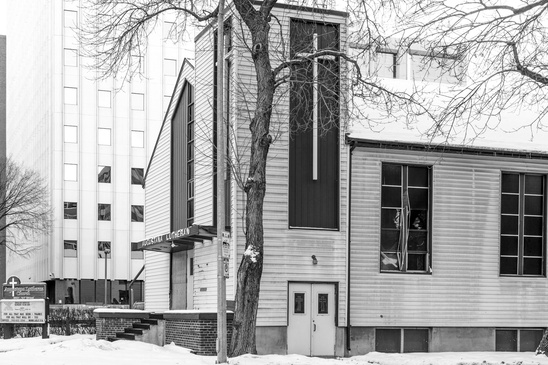 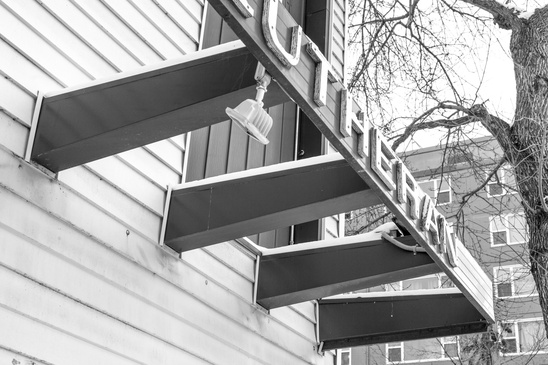 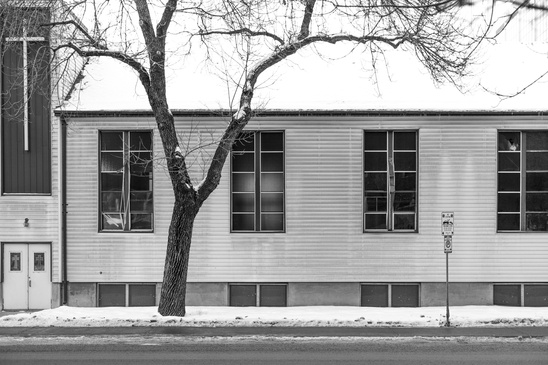