Balfour Manor began life as Fire Hall No. 4, built by the City of Edmonton in 1911-1912, to serve the developing west end. The fire hall was built to accommodate horses and horse-drawn equipment but was closed in 1921 due to "motorization of the department". Thereafter the building served for a time as a garage, a residence and a home/office for a mail contractor. In 1935 it was the location for the Midland Bus Lines garage. During the time that the building was used as a bus garage and apartments were occupied on the upper floors.

In 1939 the building was remodelled and modernized by Edmonton contractor Joseph N. Cote, and the new 10-unit apartment opened in August as Balfour Manor. It continues as an apartment building to the present day.

Balfour Manor is remarkably intact with respect to its structure and fabric, and represents the building as it was remodelled in 1939. All outside doors have been replaced but interior features of interest remain: original windows, doors, hardwood floors, kitchen and bathroom fixtures, living room light fixtures, fireplace/heater, stairs/banister, outside basement stairs, coal chute and some original decorative door letters. The original furnace, reputedly the second oldest in the province and verified to 1911, is still in operation, although no longer using coal. The main floor is reinforced, reflecting its original use for storage of heavy equipment and horses. The original brick pavements for the fire hall still remain under the front lawn. 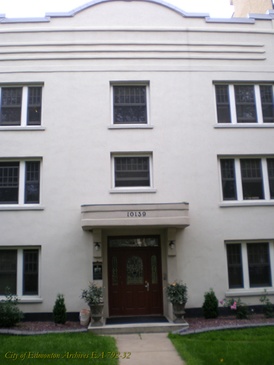 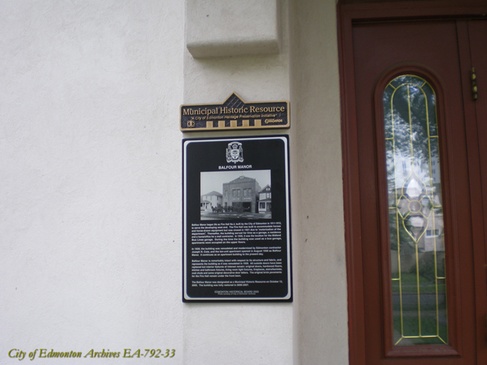