Established in 1914, Beechmount Cemetery was Edmonton’s first municipally owned cemetery. The cemetery space is divided into many different cultural, religious and military service sections such as the Islamic section, the Chinese section and the Field of Honour.

Along the southwest section of Beechmount Cemetery are the military burials. The northwest section displays the oldest graves, which include mass burials of children who died of tragic plagues early in the twentieth century. The further east one moves, the more modern the monuments become, with a columbarium in the southeast area. In the northeast section is a Chinese pagoda, near graves adorned with colorful displays of flowers. Within the same cemetery, headstones feature the Orthodox cross, the simpler Christian cross, and key Bible verses reflecting Protestant beliefs. Detailed and lengthy inscriptions on Muslim monuments are also found.

By 1912, the young City of Edmonton had enjoyed tremendous population growth and was fast approaching 70, 000 people. The previous twenty-year period was also a heady time in terms of financial growth and physical expansion. As a result, the Province of Alberta legislated for greater municipal control on property management and development by passing the Planning Act in 1913.  This ensured that guidelines regarding sanitation and health, accessibility, and street layout would be met, directly affecting the needs and guidelines for cemetery services.

The City Commissioners reported the need for a new cemetery to City Council in 1912 and a number of possible sites were suggested. It was decided that the best solution would be to expand the available land at Beechmount with the focus as for all City-owned cemeteries, of service rather than profits.

The Municipal Cemetery business continued to develop. The takeover of Edmonton Cemetery and the continuing need for expansion led to the centralization of cemetery services in the 1960s.

Since 1984, there has been an emphasis on improving the appearance of Beechmount. In the southeast section, a new columbarium and ornamental fountain were ready for use in February of 1986 and a road improvement project assisted access to the cemetery.

The presence of the municipal cemeteries’ central office makes Beechmount a place of constant activity.

The Field of Honour

Back in the early part of the century the Edmonton Cemetery Co. had made provision for the burial of soldiers from World War I. The City felt a responsibility to do the same thing during the Second World War and in 1940 a reservation of 1372 graves at Beechmount was made for this purpose. The United States government approached the cemetery with a request that approximately 40 graves be made available for the purpose of burying U.S. Army personnel. The City and cemetery agreed to this formally in January of 1943. (The American policy was to bury US citizens in the place they died, and then disinter them to their homeland after the War.) However, the need for a U.S. cemetery reservation did not materialize as expected and a supplemental agreement in 1944 eventually made it possible for the area to be added to the plot for Canadian Veterans. As a result, the number of reserved graves war victims totaled 1768.

A high point in the cemetery’s history came in 1957, with the installation and unveiling of a Cross of Sacrifice in the southwest corner, overlooking the Field of Honour. The Cross was erected in the summer of 1957, and was of the same design as the one in Edmonton Cemetery. It stands 24 feet high on a 12-foot base bearing the inscription “Their Names Liveth Forevermore”. The Cross was unveiled and the war dead honoured in a solemn event on Sunday, August 25, 1957, the legion’s annual dedication day. Unlike the Edmonton Cemetery cross, the new one deliberately had no war dates inscribed on it, ensuring its applicability for all the victims of war into the future.

Ali Mohammed Tarrabain was born in Syria and immigrated to Canada, working in Ontario and Winnipeg before coming to Edmonton in 1906 and going into business. During his seventeen years in Edmonton, Ali Tarrabain’s general store on Whyte Avenue was a thriving and popular spot.

He sold the business in 1923, moved to Conklin (180 miles northeast of Edmonton), and prospered there, also as a merchant. A few months before his death he returned to Edmonton to help his ailing brother Mahmoud.

Ali Tarrabain devoted long hours towards the planning and construction of the mosque on the corner of 102 Street and 108 Avenue. He never saw it completed and, in a sad twist of  fate, the first public use of the mosque was for his funeral. It was also one of the first Mohamedan services ever held in Canada and the first Muslim funeral in Edmonton.

As 1972 drew to a close, a story of tragedy and heroism splashed across the front pages of Canada’s newspapers. In early November, a Beechcraft 18 airplane piloted by Martin Hartwell, took off from Spence Bay, N.W.T. and headed on a medical mission to Yellowknife via Cambridge Bay. On board was attending nurse Judy Hill and two Inuit patients, Neemee Nilliayok, a 25 year-old pregnant woman and David Kootook, a 14 year-old suffering from appendicitis.

Hartwell lost control of the aircraft, and it crashed on a hillside near Great Bear Lake, two hundred miles off course. Both Hill and Nilliayok died soon after the crash, and the pilot had two broken ankles, a smashed nose and a broken left knee. The young boy was physically unhurt.

The party was eventually discovered by a military aircraft, 22 agonizing days later. Hartwell was kept alive by the determination and courage of David Kootook. Facing overwhelming odds, David threw up a rough tent using engine tarpaulins and a piece of aircraft. He chopped wood to maintain a fire in the face of temperatures that dropped below minus 20 degrees Fahrenheit. The rations were used up after ten days, so David gathered caribou moss and even attempted an unsuccessful fishing trip, getting lost for two days in a blizzard.

On the twentieth day of the ordeal, after a third aircraft had flown over without picking up their distress calls, David Kootook suddenly lost hope and plunged into depression. He began to speak reflectively and hopelessly. Three days later, he passed away.

Martin Hartwell said candidly that this fourteen year-old was the “saver of my life”. The young hero, David Kootook (1958-1972), was buried next to Neemee Nilliayok (1947-1972) in a simple ceremony. Inuit beliefs do not require a deceased person to be returned home for burial, nor do they engage in ritual or even visitation of burial sites. Nevertheless, young David Kootook’s name and heroism are not forgotten.

Constable Edgar Millen was born in Ireland. He came to Edmonton as a boy, received his education and subsequently joined the R.C.M.P. He quickly received his Corporal’s stripes and was given charge of the post at Arctic Red River, close to the Arctic Circle in the N.W.T. In December of 1931, Millen was forced to investigate a complaint that Albert Johnson, a trapper, was vandalizing Indian trap lines. Millen dispatched his two men to investigate but they were simply ignored by Johnson. A second trip was answered with gunfire, as Johnson injured Constable Albert King. Realizing that Johnson was a dangerous man, Millen called in a larger force and when Johnson responded with more violence, they were forced to blow up his cabin. The trapper was unhurt, and fled, firing bullets as he ran. Doggedly the police pursued, accompanied by trappers, natives and eventually “Wop” May, who tracked Johnson from his airplane. Edgar Millen accompanied the search party and on January 30, 1932, they caught up with the “mad trapper”. In a heart-stopping confrontation, Johnson killed Constable Millen.

Albert Johnson eluded the searchers for another two and half weeks, finally meeting his end on February 17, 1932. He had survived and fled in the open Arctic winter for fifty-two days.

Edgar Millen was buried at Beechmount Cemetery on February 29, 1932. In 1961 residents of Aklavik erected a cairn in his honour at the exact spot he was killed and not far from Millen Creek, also named after the young Constable. 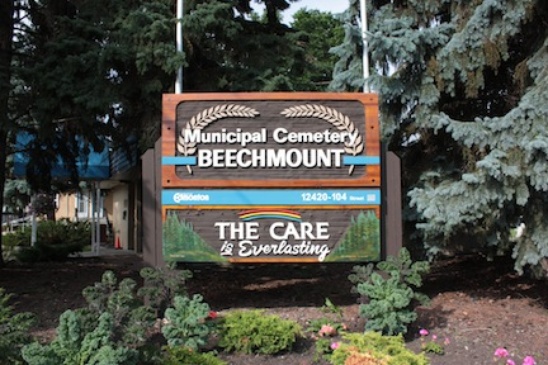 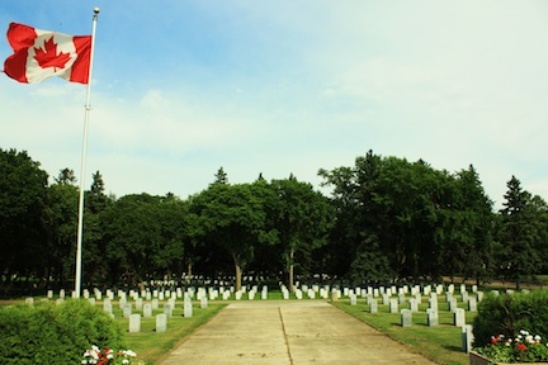 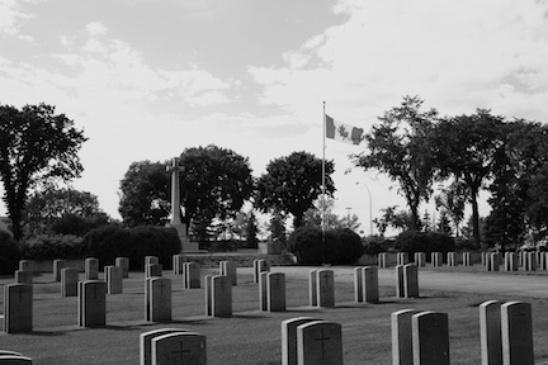 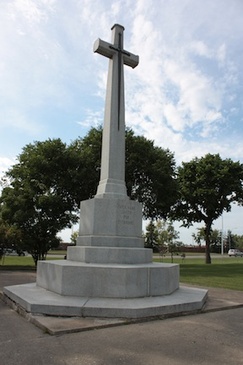 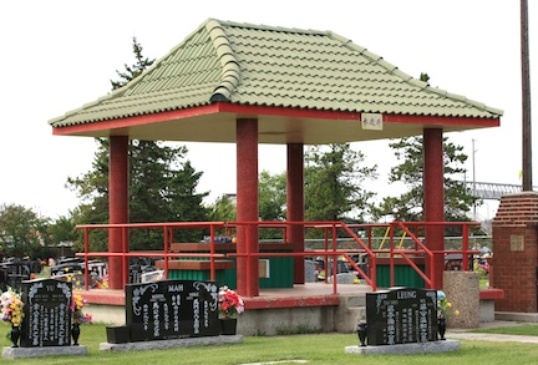 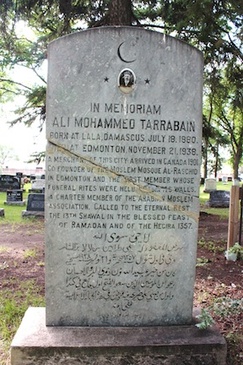 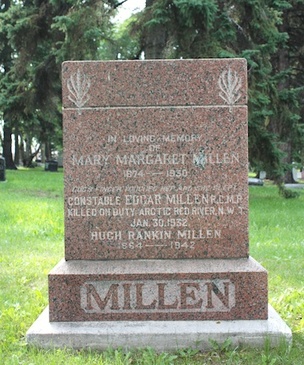 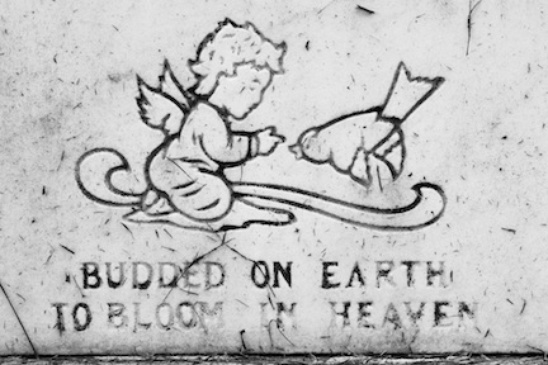 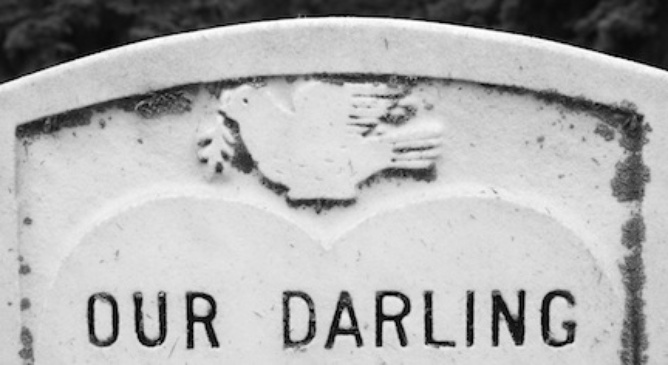 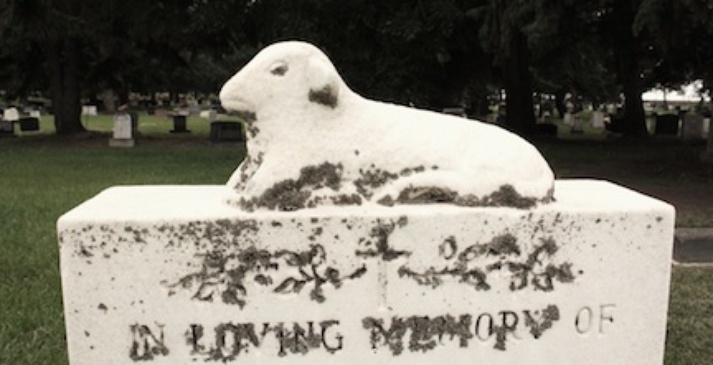