The bench commemorating Salvador Allende Gossens is a symbol for the struggle for social justice for many Latin Americans in Edmonton.  Latin American families have gathered in Emily Murphy Park throughout the years for picnics.  Today the picnic area close to the bench continues to be important for the community.

In late August 2012, a group of Chileans in Edmonton inaugurated a plaque and bench in Emily Murphy Park dedicated to the memory of the former president of the Republic of Chile, Salvador Allende Gossens. The plaque reads, “Salvador Allende President of Chile / died Sept 11-1973 defending democracy social justice and a better society / always remembered. Chileans in Edmonton.”

For months the group of diverse Chileans raised funds from a variety of sources, but mainly individual donors, and then worked out the logistical requirements with the City of Edmonton in order to have the bench and plaque erected. This space is a refuge for all those who honour the memory of Salvador Allende, an individual who represented not only the aspirations of many poor and marginalized people of Chile, but also Latin America in general.  The bench is a symbol of the continued struggle for peace and justice and the continued work required to build a better world for all people.

Picnic Site #2 at Emily Murphy Park is known to many in the Chilean and Latin American community as the “Placa y Banco a Salvador Allende” (Plaque and Bench to Salvador Allende) and is a rallying point throughout the year, but especially on September 11. 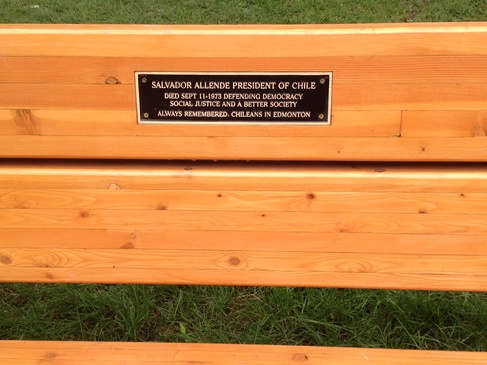 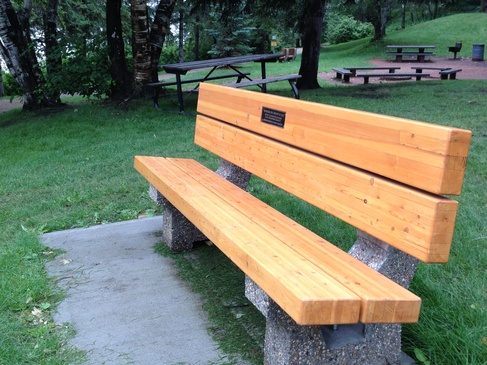