Originally, this church was the first synagogue in Edmonton, though the Jewish community held religious services for seventeen years prior to the synagogue being built. The lot for the synagogue was donated by William Diamond. The builder was A.E. Simpson. The first President of the Beth Israel Synagogue was Abraham Cristall. Rabbi Hyman Goldstick served the congregation as the first rabbi. From 1911 until 1952 this synagogue was the centre for the Jewish community’s religious, social and cultural life. After a new Beth Israel Synagogue was built this building was used by the Third Christian Reformed Church and the Wells of Joy Gospel Centre. Since 1958 it has been the place of worship for the St. Boniface Catholic Church Congregation.

Maybe you should show the original building as well - before the siding! It was one of a kind with the stone and brick facade. Very solid looking! 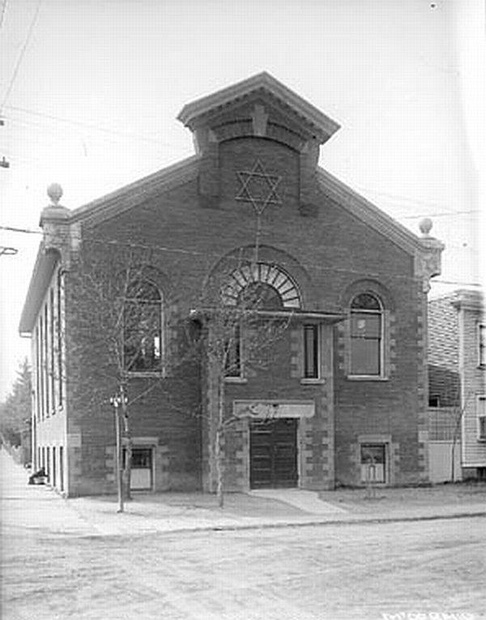 You should say this is the "Original" Beth Israel Synagogue. There are two others, including the present one in the West end. 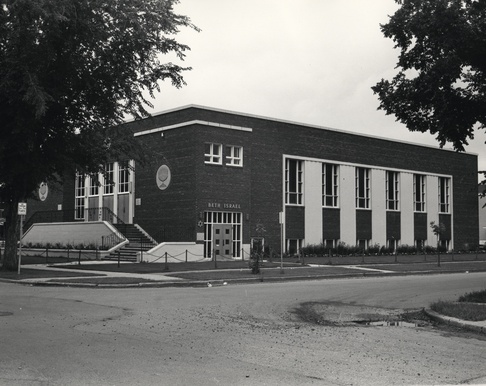 Here is the contemporary one. 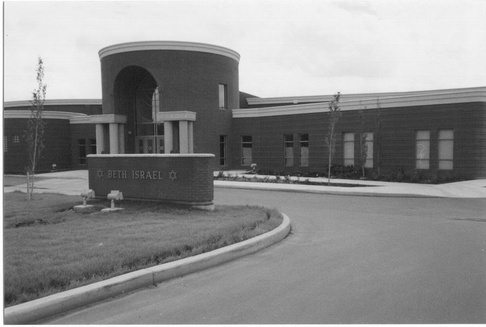 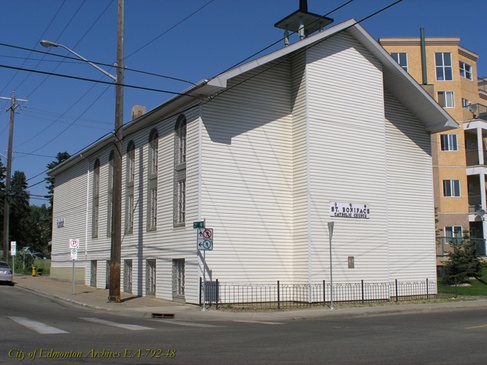 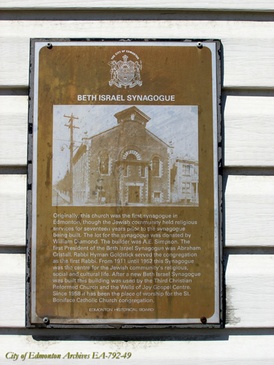 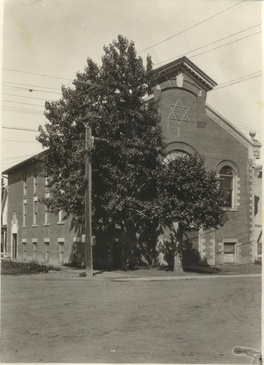