Henry Birks and Sons began their business in Montreal in 1879. They were descendants of a family of silversmiths who had practiced their trade in England since the 15th century. In 1927 Birks bought the successful jewelry store owned by D.A. Kirkland, the “Diamond Prince of Edmonton”. The Birks building was designed by Montreal architects Nobbs and Hyde and built by local contractor H.G. MacDonald at a cost of $350,000. Over 5,000 people attended the opening of the store in November 1929. The store featured 200 feet of counters and large display windows.

The first two floors of the building are fronted with Tennessee marble. This marble is faced by buff and red Flemish bond brick and trimmed with squares of mosaic tile decoration and patterned metal panels. In keeping with company policy across Canada, Birks reserved most of the office space in the upper floors for medical and dental offices, as a public service. This was the first building in Edmonton which was designed especially for medical offices, incorporating features suggested by doctors.

This building and the one in Montreal are the only original Birks buildings still standing in Canada. 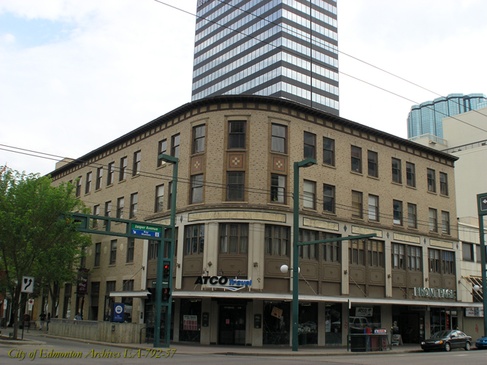 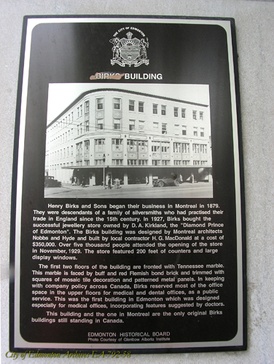