The Bissell Centre, originally called the All Peoples' Mission, was started in 1940 by Rev. William Pike. In the 1970s it was renamed the T.E. Bissell Memorial Institute after a financial legacy from the businessman allowed them to build a new building. That building, at 10341 96 Street, quickly became too small for the services offered to Edmonton’s most disadvantaged people. The organization made a deal with the city and exchanged the church and annex that they owned for a renovated warehouse at 10527 96 Street.

When the new building opened, Edmonton was called the crime capital of Canada and downtown was seen as the hub of that crime. Bissell Centre and other community agencies worked with the city to address some of the causes of the violence. They continued to advocate for Edmonton’s Indigenous communities. Bissell is a critical component to healing Edmonton: many of the Centre’s clients are survivors or inter-generational survivors of the abusive residential school program. They often turned to risky behaviours to ease the pain of their past and eventually turn to Bissell and similar agencies for help.

Bissell encourages the revival and continuation of cultural practices. In 1989 they reinstated the Aboriginal Round Dance for several years. Other programs led to Bissell being gifted with an Eagle Staff in 2009 from Elder Leonard Saddleback of the Samson Cree Nation – one of the highest honours paid by Aboriginal communities.

But Bissell didn’t stop there. In 2015 Bissell developed the Strengthening Our Spirit program that combines Aboriginal teachings and sharing circles with life skills and pre-employment training. Programs like Cree language and art classes allow Bissell to contribute to reconciliation.

One of the centre’s most visible efforts was the tent city in spring 2007. After several people had been evicted from the camp they had set up downtown, Bissell offered space in their parking lot. City officials wanted the people evicted, but the Centre took a stand and demanded that displaced people be treated with respect. On the day the camp was to be torn down, Bissell invited journalists to talk to camp residents. Police in tactical gear were on hand to dismantle the camp, but Bissell staff asked them to stand back while Elders smudged and talked to residents. Bissel’s support paid off and the camp was allowed to stay. It soon moved to provincially owned land adjacent to Bissell and by mid-summer had grown to over 200 residents.

Tent city forced a serious issue out of hiding. Edmonton was no longer able to ignore the housing crisis that had hit its most vulnerable citizens. The camp was one of the catalysts that led to the formation of The Edmonton Committee to End Homelessness.

Bissell Centre received a grant in 2005 to renovate their facilities (Bissell East) and build a new centre (Bissell West) across the street that houses a walk-in centre, laundry facilities, meal service and programs. They own their buildings and plan to be a central part of Edmonton’s inner city for many years.

"Our History" on the Bissell Centre wesbite 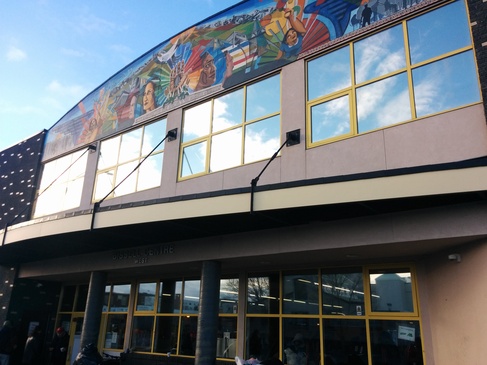 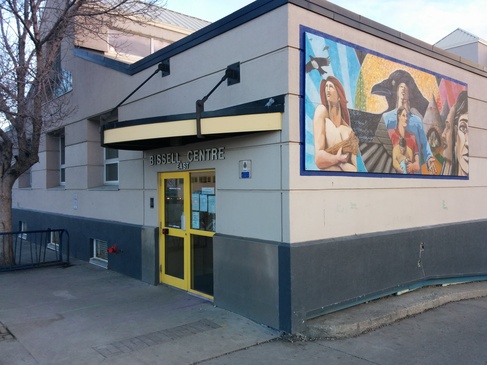