In 1910 Ross Brothers retail and wholesale dealers built what was considered one of the most modern hardware warehouses in Western Canada; two years later the Revillon Building, another extremely modern and efficient distribution centre was built next door. From this time on, this area became a focal point in Edmonton’s commercial and warehouse district during its first major boom preceding the First World War.

From 1910 to 1912 Ross Brothers operated this building. James Ross had arrived in Edmonton in 1878 and was a town alderman on four occasions. From 1912 until 1921 Marshall Wells Hardware owned the building, and in the 50 years between 1921 and 1971 Ashdowne Hardware, whose painted logo was for many years a feature of this corner, carried on the business. In 1928 and 1940 additions were made.

The Boardwalk was designed by E.C. Hopkins, and build by Pheasey and Baston. Edward C. Hopkins, a Montreal architect moved to Calgary in 1903 and to Edmonton two years later, where he briefly served as the Alberta Provincial Architect. Thereafter he designed prominent public buildings in Western Canada, such as Regina City Hall and the Calgary Normal School, as well as commercial structures, such as the Great West Saddlery Company’s Edmonton office and warehouse. C.C. Batson, an English emigrant who arrived in Winnipeg in 1882, settled in Edmonton in 1902 after some time in the western United States, becoming a successful contractor and builder during the building boom in Edmonton which preceded the First World War.

N.A. Properties, the current owners, have now completed a major restoration of the building. In 1987 the IBI Group/David Thom Architect and N.A. Properties were awarded the commercial architectural award by Alberta Historical Resources Foundation for this project. The Foundation praised the preservation of what it termed the largest and best example of Second Renaissance Revival style in Edmonton. 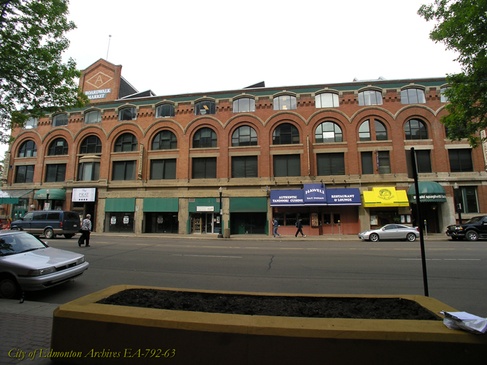 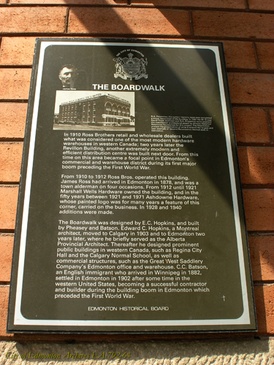