North of 112 Avenue between 73 Street and 79 Street, Edmonton

In the early 20th century, as as many as 7,000 were reported to congregate in Borden Park on sunny Sundays. Picnics, musical concerts and baseball seem to have been the preferred activities in those days. The first Edmonton Zoo was located in Borden Park, as were a popular tearoom, as well as carousel rides, a roller coaster and a "tunnel of love”.

The Borden Park Pool Building is a good example of an Early Modern style public building. This is seen in the horizontal emphasis of the building form and flat roofs with broad overhanging fascias. A unique element to the building is the brick feature walls with two kinds of brick. Roman brick for the freestanding walls and regular red brick incorporated into the building. Continuous clerestory windows at the top of walls bring light into change room spaces.

There are several pavilions on site including a covered picnic area, a concession building and a public washroom building with a large checkerboard pattern reminiscent of Frank Lloyd Wright’s Taliesen Westcomplex. The Borden Park band shell was constructed as  a concrete arch over a platform, with a 74 x 20′ apron on the ground level. The back wall was finished in fieldstone. The opening of the refurbished Borden Park was held on Dominion Day 1958, and was the culmination of two years of redevelopment. Three thousand people turned out for the opening. Mayor Hawrelak gave a welcome address and the Loyal Edmonton Regiment Band performed in the new band shell. 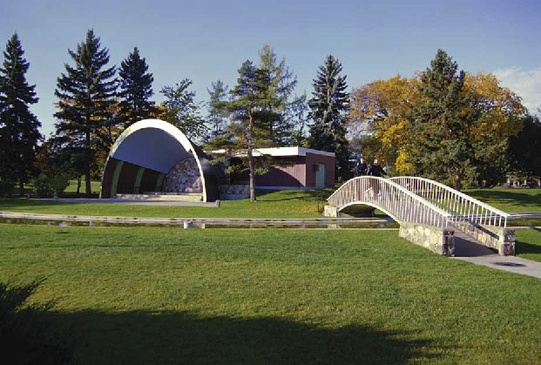 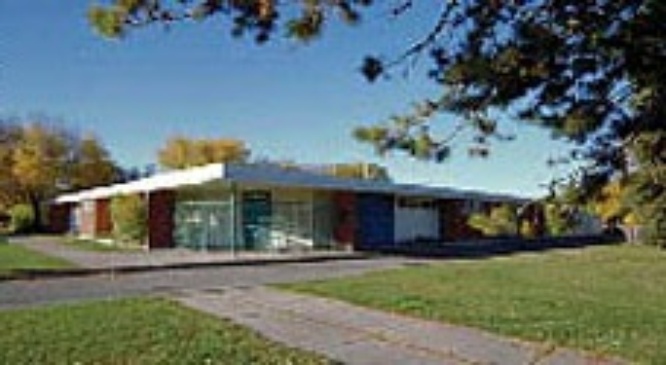 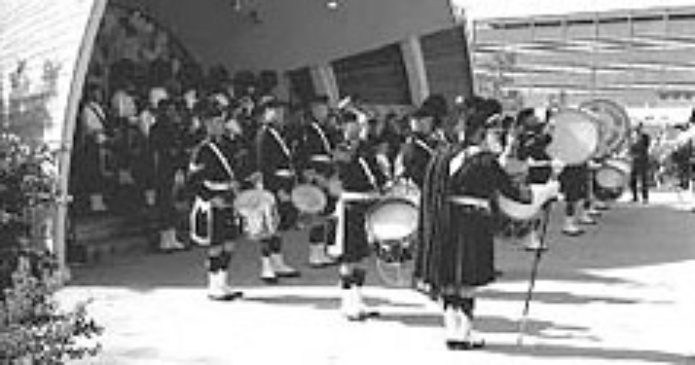