The Craftsman-style architecture represented by this house was popular in the city during the time of its construction, circa 1912. The photograph shows it as it was in 1933. Design elements include: the gable roof configuration, side dormers, central brick chimney, triangular eave brackets, wooden double-hung windows and the hipped-roof open verandah with solid handrails. Of special note is the symmetrical arrangement of upper floor main windows and corner ‘eye’ windows in the front façade.

Mr. Burgess lived here from 1941. He joined the University of Alberta in 1913 when he was appointed resident architect and professor of architecture. He designed and supervised the construction of many early campus buildings including the Arts Building, Pembina Hall and the staff Ring Houses. His legacy is further evident in the Rutherford Library and the Students’ Union Building, which were designed by his students. Mr. Burgess’ influence was felt beyond the borders of the University of Alberta campus. For 30 years he a member of the Council of the Alberta Association of Architects. He designed the Bowker Building and the Birks Building, recognized as significant contributions to this city’s architecture. He was also Chairman of the City of Edmonton Town Planning Commission, where he was instrumental in acquiring land for the town centre and in setting aside the parcels of land which city community leagues now develop and use for community and recreational needs. After his retirement from the University, Mr. Burgess continued in private practice and was retained by the National Parks authority to develop plans for the towns of Banff and Jasper.

Dr. Warren and his family lived at this address from 1926 to 1940. He was a distinguished geologist who joined the University of Alberta in 1920 as a founding member of the Geology Department and acted as its chair from 1949 to 1950. His research focused on Alberta stratigraphy and western Canadian fossils, one of which bears his name. He built the extensive biostratigraphic collection at the University and published widely on the Paleozoic and Mesozoic rocks of western Canada. He was often consulted during the post-War oil exploration boom and his work provided one of the cornerstones for the building of the petroleum industry in Alberta. He was active with the Research Council of Alberta and with the Geological Society of Canada. The P.S. Warren Society, the student geological society at the University of Alberta, was named in his honour.

The house is also significant because it was part of the early development of Garneau, one of Edmonton’s oldest settled neighbourhoods dating from before the First World War. This community was built in association with the University of Alberta as it served university employees, affluent business people and civil servants who worked nearby and across the river in the Legislature community.

This house also has an American Elm in its backyard that has one of the largest diameters in all of Edmonton at 1.24 meters. Photo attached 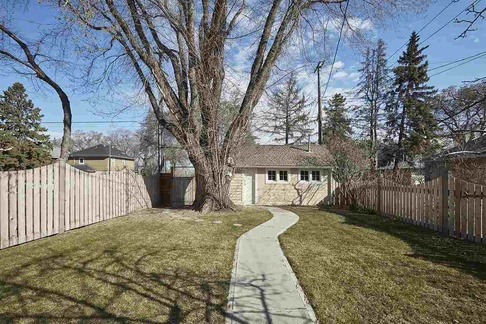 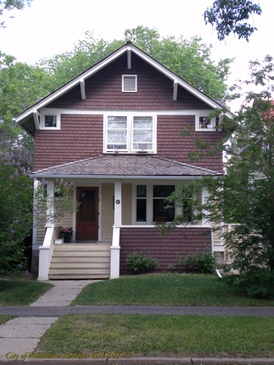 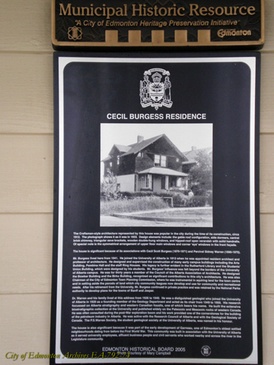