Developed by the Société francophone des Arts visuels de l’Alberta, a non-profit organization for the promotion of the visual arts for francophones and francophiles across the province, the Centre d’arts visuels de l’Alberta (CAVA) at 9103-93 Avenue and the Galerie PAVA on 9524- 87 Street are two galleries in Edmonton that provide venues for professional artists. The CAVA can host shows with several artists at a time and has a gift shop with arts and crafts from the Franco-Albertan community.

On CAVA’s exterior walls are two large murals that represent the many regions of Alberta where members of the francophone community live. Called «Les regions se racontent» (The Regions Tell their Story), the name is a bit of a play on the words raconte (to tell a story) and rencontre (to meet). The mural is composed of 66 2-by-2 foot panels and was a group effort produced across the province. Although the project was intended to be for Alberta’s centennial, it was only with funding obtained from Heritage Canada that the project was brought to fruition the following year. It is the only exterior mural in Edmonton that represents the French community.

The society also organizes studio workshops for adults and children at the galleries and across the province. There are summer art sessions and sessions for school children. One very popular event is the fundraiser Jazz’Art, the combination of a jazz band and artists who prepare a painting while the musicians play; the works of art are then sold at auction that very night. 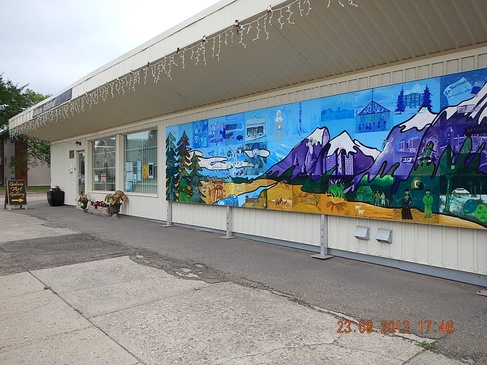