Chalmers-Castle Downs United Church is a unique example of Modernist Architecture in Edmonton due to its structuralist design principles applied to a place of worship. Exposed precast concrete columns, tapered in form, extend to the height of the upper band of windows. This upper window area, known as the clerestory, is comprised of a horizontal ribbon of glazing and gently lets natural light fall into the church interior below. Together the columns and upper clerestory reveal the HSS steel structure – and instead of heaviness, the vaulted ceiling of the building appears to float.

The flat roof canopy over the main entrance is a generous gesture used to create a sense of entry and to protect congregants from the weather. Clad in beaded tongue and groove siding, the building form consists of a rectilinear sanctuary and modular program additions with a flat roof at both its east and west extents. The vertical rhythm of windows and doors contrast with the overall feel of the "boxy" support spaces.

The overall design is a clear expression of the Modernist ideal for its simplicity – from the economical low-slope roof on the chapel portion to the steel cross steeple adorning the west peak of the sanctuary. The overall structure of the building defines the character of the church, without the need to implement unnecessary decoration.

My Mum was baptisted at your Church in 1941.Maybe one day I will visit 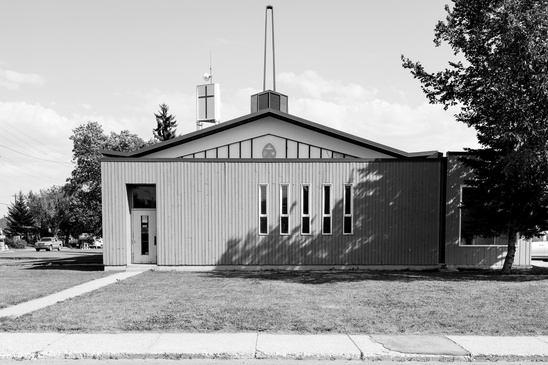 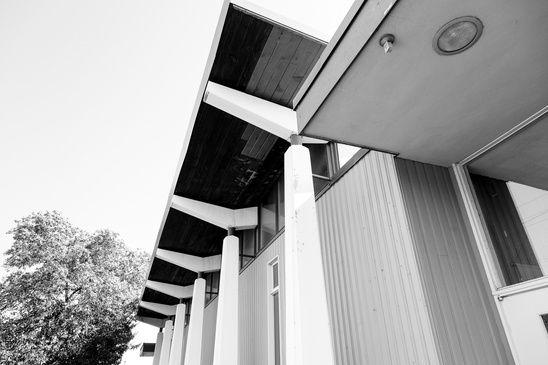 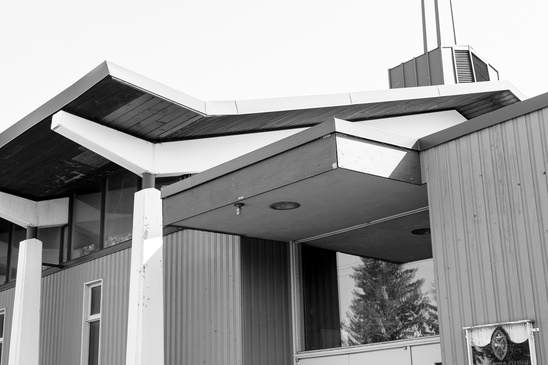 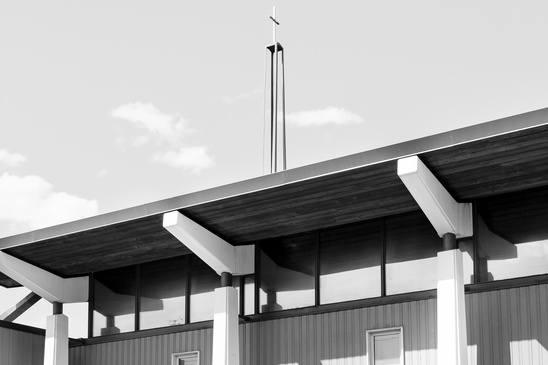