Christ Church was designed by a parishioner, the architect William Blakey, and built in 1921 not far from the site of the original 1909 church.  The Reverend Robert Jefferson, the bishop of the Diocese of Ottawa from 1939-1955, was the first rector.  On November 7, 1909, the bishop of Calgary presided over the opening of the old church located 116 Street and 102 Avenue.

This Tudor-style structure featuring uncovered Douglas Fir beams in a scissor construction in the interior, is modeled after the famous Tintern Abbey in Great Britain.

The first service in the building was held on October 9, 1921, under the rectorship of the Reverend J.M. Comyn Ching.  The parish hall was added in 1925 and the rectory built in the 1930’s.  Stained glass windows have been generously donated over the years by parishioners, reflecting the reverence and esteem in which the church is held by its members.

Once on the outskirts of the city, Christ Church is now part of a large urban community.  The character of the building exemplifies the spiritual vision of its congregation. 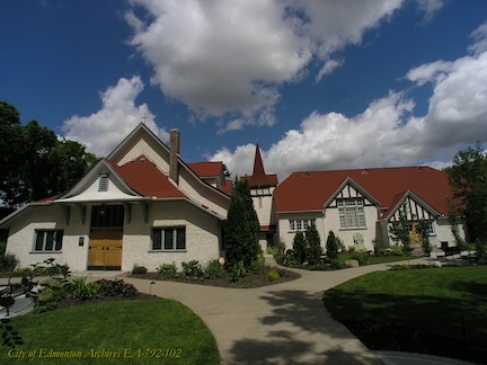 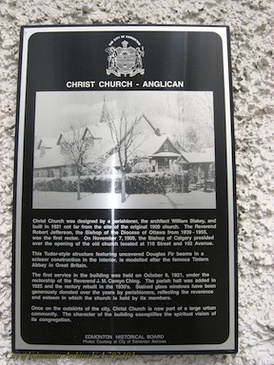 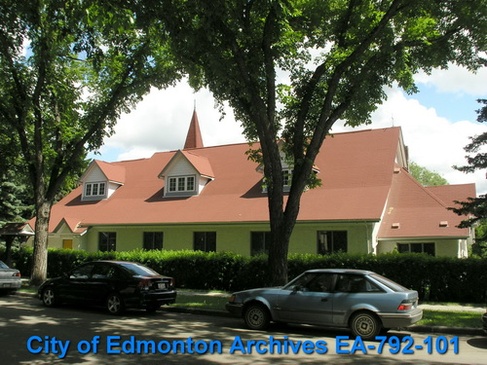 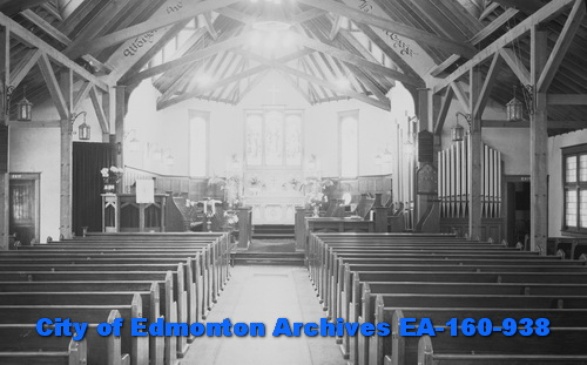 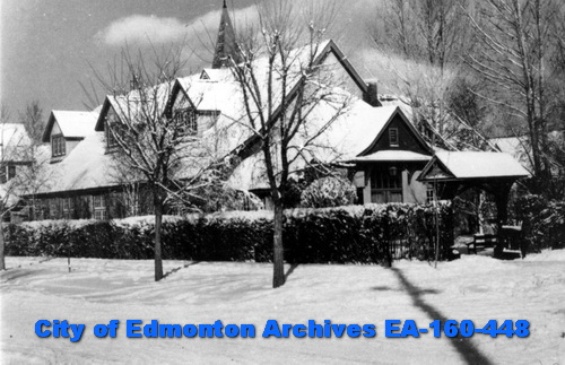