City hall’s Ukrainian connections include mayors William Hawrelak and Laurence Decore, and architect Gene Dub who designed the present building. Visitors will also see two Ukrainian statues: one, Madonna of the Wheat, dedicated to pioneer women of Alberta; the other commemorating the artificial famine (Holodomor) in Soviet Ukraine in the 1930s.

Edmonton has had two mayors of Ukrainian origin, both of whom began their municipal careers as councillors, and both of whose tenures raised the profile of ethnicity in Edmonton politics. William Hawrelak occupied the mayor’s chair for 10 years between 1951 and 1975; lawyer Laurence Decore served for five years from 1983 to 1988. The two men predated the current city hall, designed by another Ukrainian and former councillor, Gene Dub of Dub Architects, that opened in 1992. Dub’s building is noted for its stonework, glass pyramids, light airy interior, clock tower and recycled items from the old city hall. The grounds outside contain John Weaver’s statue Madonna of the Wheat, commissioned by the Ukrainian Women’s Association of Canada and dedicated to all pioneer women of Alberta on the province’s 75th anniversary in 1980. Despite this inclusiveness, the slender young woman—with her braids, her embroidered blouse and the sheaf of wheat (whose kernels, tradition says, contain the souls of Ukrainians’ ancestors) that she cradles in her arms—is clearly Ukrainian. A second monument, erected by the Edmonton branch of the Ukrainian Canadian Committee (now Congress) in 1983, marks the 50th anniversary of Joseph Stalin’s artificially created famine or Holodomor in Soviet Ukraine in 1932-33, when millions of people died. It also appeals for an end to tyranny, violence and inhumanity throughout the world. According to the text, the misshapen metal disc symbolizes “the life cycle being torn apart by an unnatural force,” while four outstretched hands “resist, grasp, and then beg for an end to their inhuman condition.” When the two statues had to be temporarily moved for construction of the new building, a heated debate arose over whether so-called ethnic tributes, especially when commemorating homeland events, belonged at city hall but the Ukrainian community successfully campaigned to have them restored. 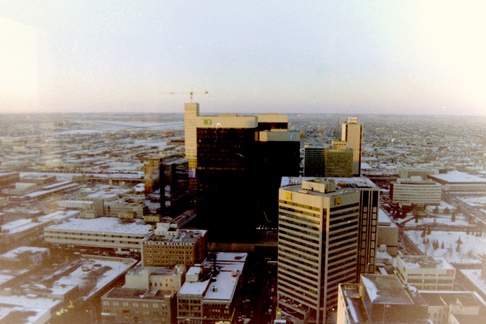 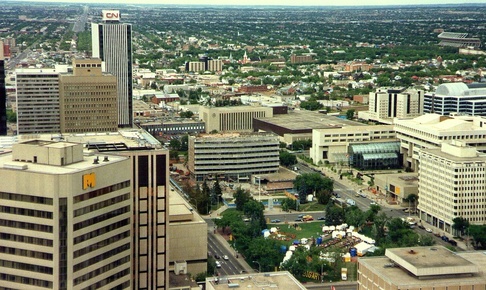 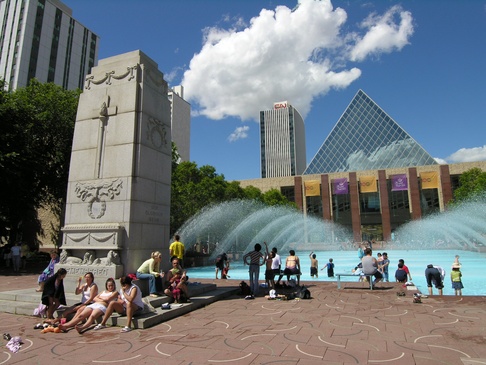 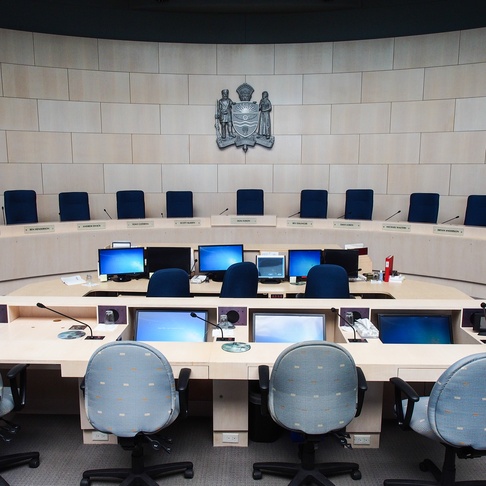 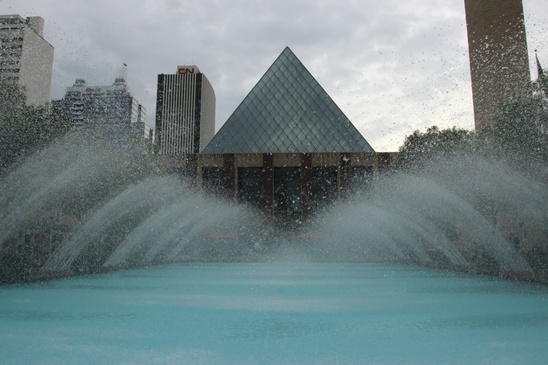 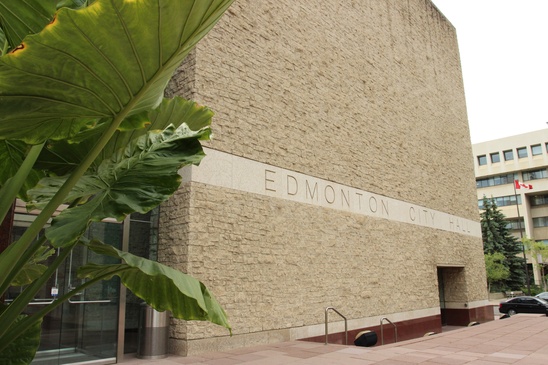