The Coronation Swimming Pool was a Canadian Centennial project and its original name was taken from the park in which it resides. The facility was officially opened by Mayor Ivor Dent on July 3, 1970 at a total cost of $1.2 million. That same year Peter Hemingway received the Massey Medal for Architecture, the first Albertan to be recognized with Canada’s highest architectural honour.

The pool design is an example of a new direction in Modernism that appeared in the 1960s, often referred to as ‘Expressive’ or ‘Organic’ Modernism. The design maintains many of the traditions of early Modernist buildings: a high level of transparency achieved through the extensive use of curtain wall glazing and a high degree of structural expression due to the heavy timber and tensile cable elements. Unlike the typical boxiness of International Style buildings, however, the overall form is not rectilinear. The basis for this shift is the desire to connect the building with the surrounding landscape. Conceptually, the form of a tent covering the pool is less of an object sitting on the land (as in Hemingway’s Stanley Engineering Building) as it is a fully integrated part of the landscape. This connection to the land is further articulated by the use of embedded concrete piers, which tie the cable structure to the ground. The expressive design of the pool is reminiscent of Kenzo Tange‘s National Gymnasium complex in Tokyo that was completed in 1964. 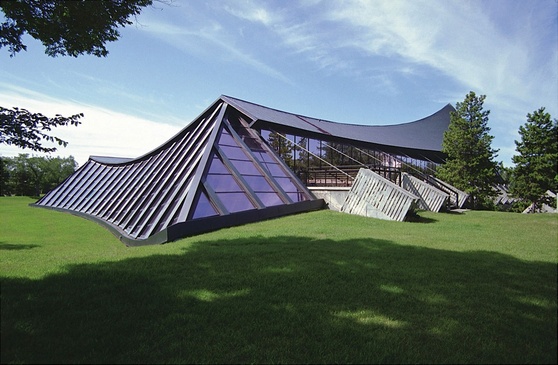 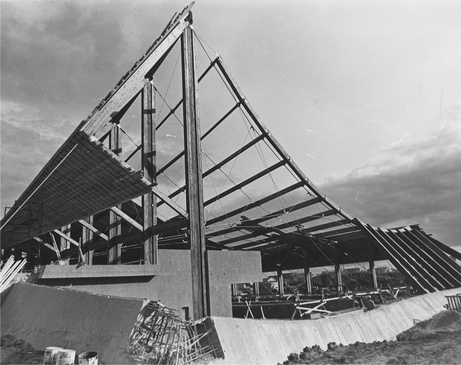