The Wells Residence is an irregular plan, one-and-a-half-storey house with a detached coach house, in the Glenora neighbourhood west of downtown Edmonton.

The Wells Residence, built in 1911, is significant as representative of houses that were built in upper class communities in Edmonton. Located in the Glenora neighbourhood, west of downtown Edmonton, this exclusive neighbourhood attracted businessmen and professionals who could afford grand homes such as this residence. This house, with its detached coach house and formal setting, is a good example of the scale and grandeur of contemporary houses built in the area.

The architecture is significant for its Arts and Crafts design. Influenced by the popularity of the style in Britain, the Arts and Crafts movement was quickly adopted in Western Canada and became a prominent style in affluent residential neighbourhoods of most major cities. Typified by hand-crafted materials and irregular massing, the Wells residence is an excellent example of the style.

The Wells Residence is also significant because of its association with its former owner, Dr. Robert B. Wells, a professor of Ophthalmology and respected eye surgeon, he was also known as a community leader in Edmonton. He served in senior posts with several community organizations, including as president of the Edmonton Museum of the Arts and the Canadian Club of Edmonton, and as a member of the University of Alberta Senate. The former Wells Pavilion at the University of Alberta Hospital was named in his honour.

The building’s Arts and Crafts style is typified by its: 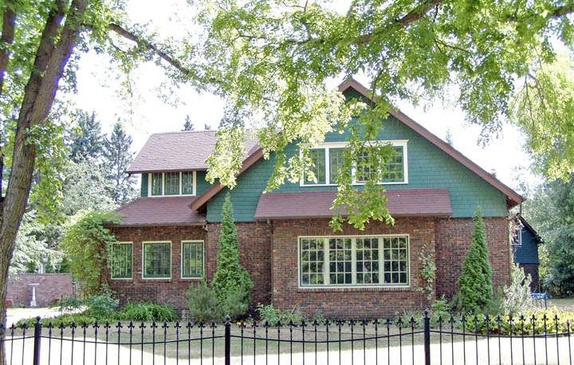