James Carruthers purchased much of Malcolm Groat’s homestead in the early 1900s. He subdivided the land, determined that Westmount would be a trimmed down extension of Glenora, the prestigious neighbourhood nearby. The communities attracted businessmen, professionals, and their families in record numbers. Westmount grew to be the greatest concentration of single family dwellings in Edmonton at the time.

Architect John Martland designed this home for Charles W. Coppock in 1912 on one of the first lots to be developed in the new community. The artful simplicity, efficient use of space, extensive use of natural wood, and open eaves exemplify this Craftsman bungalow, although it remains distinct in its inclusion of a hipped rather than gabled roof. Martland later became the city architect, designing the Edmonton Municipal Golf Course, the City Market, and two hangars at the Municipal Airport.

The physician and surgeon, Dr. Norman Terwillegar, his wife Dorothy, and their three children moved to this home in 1920. Terwillegar earned a city-wide reputation for his devotion to his patients at the Royal Alexandra Hospital and in his private practice, based from his home later in his career. In tribute to the good doctor’s character and influence in his practice, and during his tenures as president of the Edmonton Academy of Medicine and the Alberta Medical Society, the city named a southwestern community Terwillegar Heights in the 1960s. Dr. Terwillegar died in 1948. This house remained his family’s home until 1959. 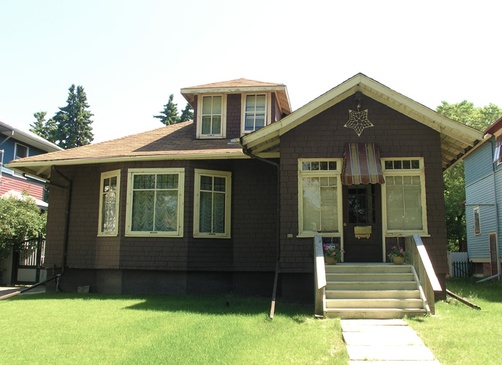 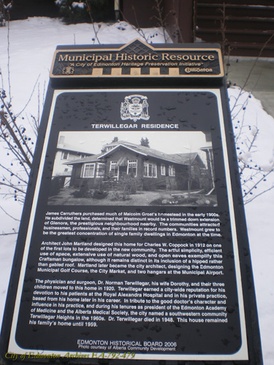 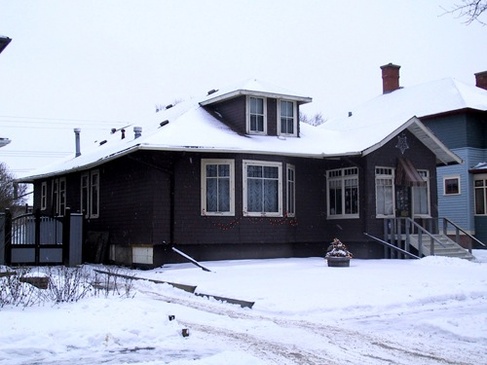