Most Jewish communities throughout North America have a Jewish community centre, a central address for the Jewish community of that city. These centers usually have offices for community organizations, libraries, snack bars, meeting rooms and athletic facilities. Currently Edmonton’s Jewish Community Centre is in a state of transition, having sold their large building in Edmonton’s Rio Terrace neighborhood, and is currently housed in rented space in the Britannia neighborhood.

In 1975 a group of 58 members of the Jewish community purchased the Hillcrest Club at 7200 156 Street in Edmonton. Their purpose was to convert the facility into a “YMCA” type of operation and use the available land to develop a community campus that would include the Talmud Torah School and a senior citizens’ housing project. The founding members called their organization the Hillcrest Foundation with Dr. Marvin Weisler as president. The Jewish Community Centre had formerly been housed in the Beth Shalom Synagogue on Jasper Avenue.

In 1977, at a large community meeting, approval was given to change the name and covert the facility into a Jewish Community Centre (JCC). A fundraising campaign was started, extensive renovations began and a schedule of programs introduced. The JCC incorporated all programs previously run by the Jewish Youth Centre. For a variety of reasons, the community campus concept did not materialize. The centre continued as an independent agency until 1993 when it was integrated into the Jewish Federation of Edmonton’s operations. It continued to host programs of all sorts, including athletic programs, a summer day camp, Israeli dance programs, educational programs, large community events and other programs.

The JCC also acts as a centre for Jewish organizations in Edmonton housing the offices of the Federation, Hadassah-WIZO, Jewish National Fund, the Jewish Archives and Historical Society (JAHSENA) and also provides space for meetings and activities by such groups as BBYO, The Edmonton Jewish Community Charitable Foundation, and others.

In 2012 the building was sold for residential development and the Jewish Federation of Edmonton took up residence at 200, 10220 156 Street along with constituent organizations BBYO, CIJA-PAC, Jewish National Fund, JAHSENA, Camp B’nai Brith and the Edmonton Jewish Community Library. 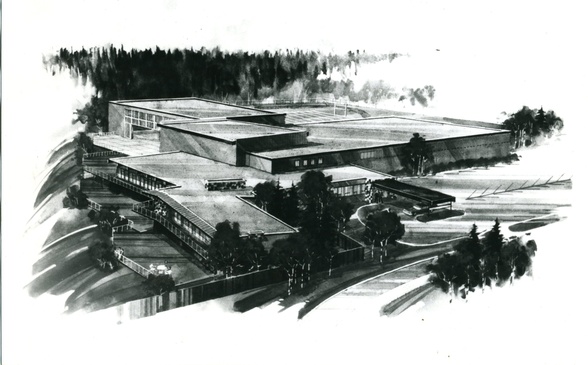 Drawing of the Jewish Community Centre. Photo courtesy of JAHSENA. 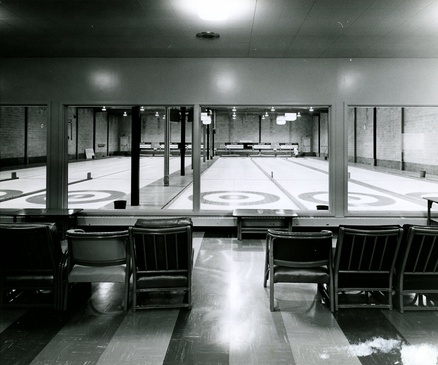 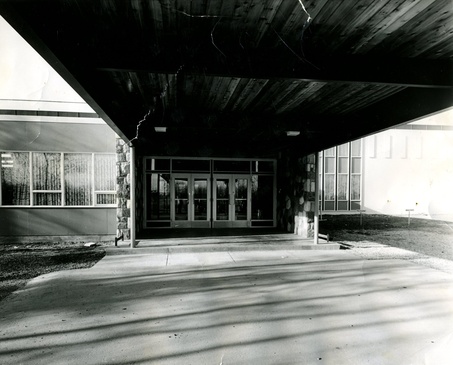 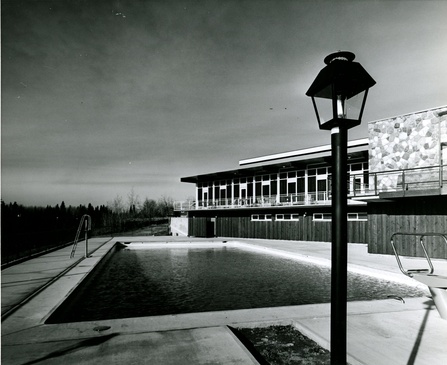 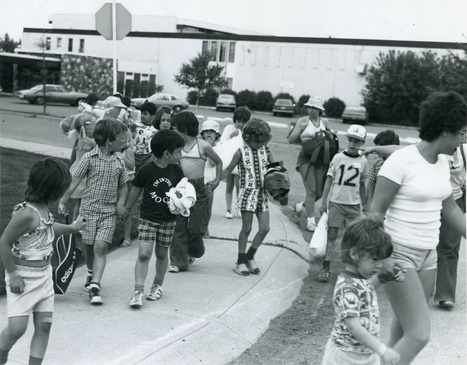 Children in front of the Jewish Community Centre. Photo courtesy of JAHSENA.