The Edmonton Talmud Torah is Canada’s oldest Jewish day school. It was created to serve the needs of Edmonton’s budding Jewish community when the Beth Israel Synagogue was first built in 1912. Starting out as a cheder, or after-school program for children to learn Hebrew and study the Talmud (book of Jewish Laws) and Torah (the Old Testament or Five Books of Moses), it soon evolved into a full-fledged day school, which exists today in Edmonton’s Callingwood neighborhood.

The Talmud Torah School was formally organized in December 1912 upon completion of the Beth Israel Synagogue building at 95 Street and Rowland Road.  It began after-school religious classes in the basement of the Beth Israel Synagogue with its first principal, Aaron Wershof, a Lithuanian-born graduate of Slobodka Yeshiva. By 1915 there were 52 children enrolled in afternoon classes at the Talmud Torah. In the early 1920s, Eli Gorelick and Baruch Katznelson were recruited to the teaching staff.  In 1923 Leo Pekarsky, a young man from Poland, was hired to teach at the school while he finished his education at the University of Alberta. In 1925, due to overcrowding and a desire to have students attend Talmud Torah full-time, construction began on a Talmud Torah School Building on 103 Street south of Jasper Avenue. The new school opened in 1927 and its first class of five students graduated in 1928 under the directorship of Moshe Goelman. He and his wife Kayla taught at the school for 28 years. A Mother’s Auxiliary was formed in 1927.

In 1933 Talmud Torah began Hebrew day school for Grades 1 and 2 and became the first Hebrew day school in Canada. During the 1930s, there was also a Yiddish day school in Edmonton, the Peretz Shul, which offered competing education in Yiddish. However, by the end of the decade, it had closed. The half-day English curriculum at Talmud Torah followed provincial standards while the Hebrew curriculum freed students from after-school cheder classes. After Mr. Goelman left for Israel, Leo Pekarsky took over as principal. He in turn persuaded Moshe Yedlin and his wife Tova to come to Edmonton in 1951.

In 1953 a larger school building was opened at 133 Street and 106 Avenue, which helped accommodate all the post-war baby-boomer children who now swelled numbers of the community. This building was expanded in 1957 and 1963 giving the building a second wing and a gymnasium. The Mother’s Auxiliary continued to run the first and only kosher lunch program in Canada, as it had since 1933. Jack Chetner, a graduate of the Calgary Talmud Torah, served as principal during these years, the first Canadian-born principal of a Hebrew day school in Canada. The Talmud Torah Home and School Association was established in January 1954 with Clara Mintz as founding president.

In 1975, under the leadership of Board President Howard Starkman, Talmud Torah entered into a partnership with Edmonton Public Schools whereby they would fund the secular curriculum of the school and Talmud Torah would fund the religious curriculum. In the early 1990s, the school curriculum was expanded to include regular day classes for junior high students in Grades 7-9. In 1999 Talmud Torah again moved to a new building where it is today, at 6320-172 Street. They also run a full daycare and day camp in the summer.   The school celebrated its 100th Anniversary in May 2012.

Here is a picture of the second Talmud Torah. 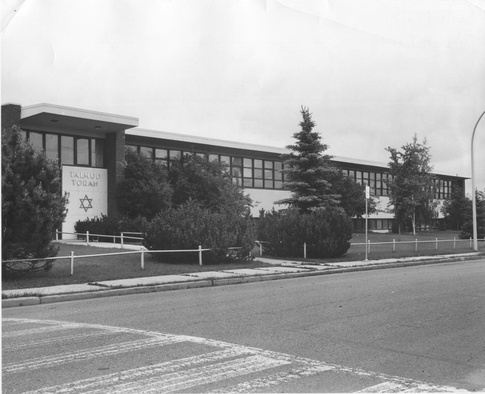 Here is the present-day Talmud Torah. 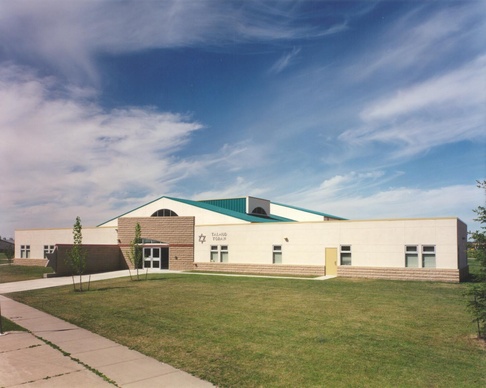 I am trying to find out what the cost of tuition was between the mid '70s to the mid '80s when I was a student at TT. 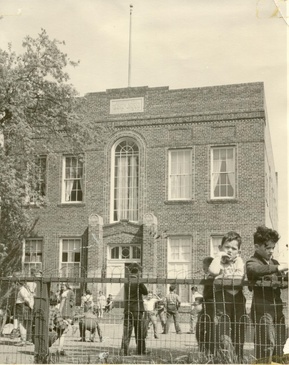 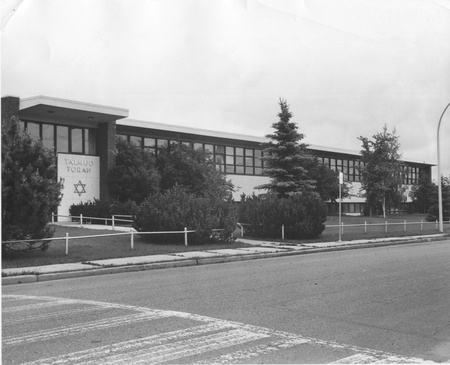 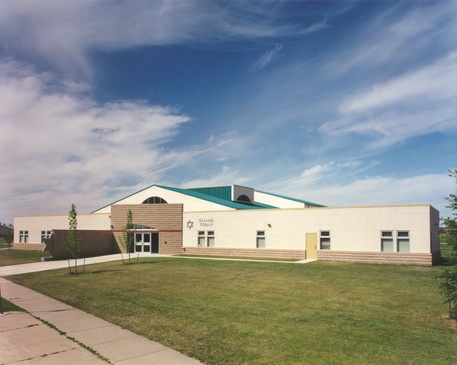 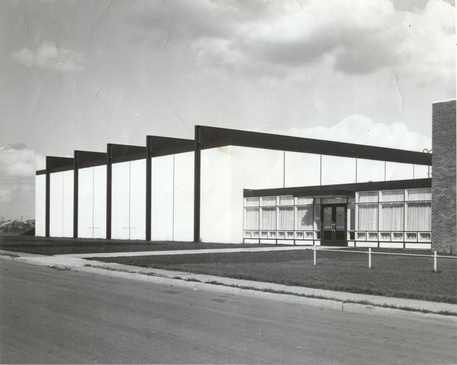