This three-storey brick and stone structure was built in 1912 for Ernest Brown, a local photographer, artist and historian. Housing his studio and historic photographic collections, the building central parapet featured a sign, “Everything Photographic. Ernest Brown Block 1912.” Traces of the lettering still remain.

The building also represents one of the last vestiges of early commercial development in Edmonton’s downtown core. It is one of a group of buildings constructed before the First World War and part of Edmonton’s first development boom.

Known also as the Brown Block, the building was erected in two symmetrical sections and cost about $30,000. Built of brick and steel with stone dressings to decorate the 33 foot frontage, the block was designed by James Henderson. Its u-shaped plan includes two north/south wings at the rear, a central staircase and traditional skylights on the third floor.

The building’s façade reflects the classical styling typical of the Edwardian commercial structures of that time. Elements of the style include 12 bays with walls of red brick and buff stone trim. Striated pilaster strips, shaped parapet, a decorated frieze, and keystone voussoirs over flat-arched windows are features of the façade. Semicircular pediments above the parapets give elegance and distinction to the building’s appearance. 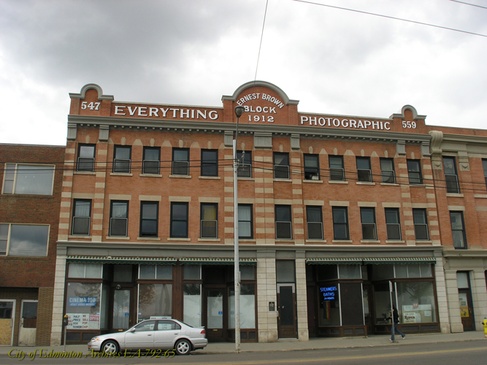 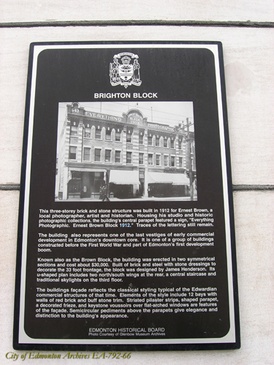 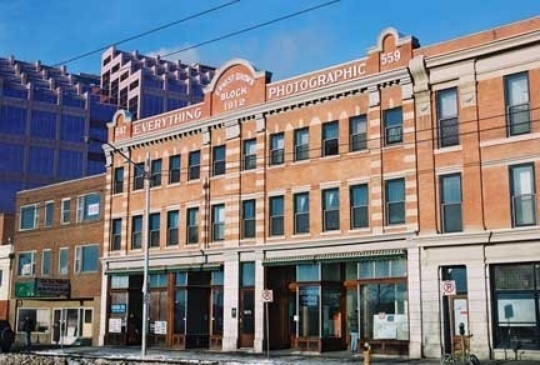 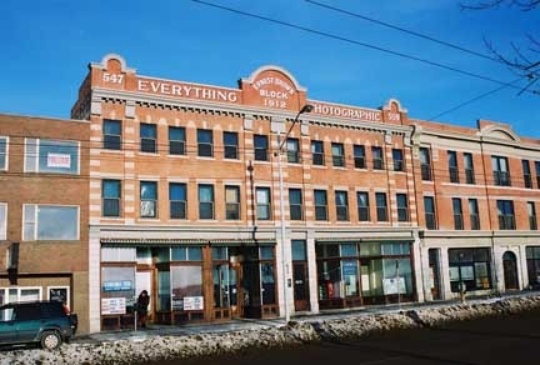