The uppermost terrace of the North Saskatchewan River was exposed by the construction of the underground parking facility for the provincial legislature and is dated by bison bones going back ten to twelve thousand years. The near-surface deposits in the area contain evidence of more recent camps when, for example, the Blackfoot came to trade at Fort Edmonton. Historic fur trade materials have also been recovered in many areas surrounding the former Fort Edmonton, including Ezio Faraone Park.

From this vantage point you also get a complete panorama of the river valley. There is a pattern to the location of archaeological sites in the river valley, based on some very fundamental human needs. Basic requirements for most prehistoric human habitation include a location that is well drained and sheltered, relatively flat, and preferably, with a sunny, southern exposure. To the west, the Victoria park flats possess all these characteristics. When you look at the opposite bank of the river, see how sloping terrain, northern exposure, limited drainage and dense tree cover make that side of the river less desirable for human habitation. The desirable qualities of the Victoria Park area were also recognized by early EuroCanadian settlers and, in 1905, George Sandidson built a large brick factory. The clay pit for this industry is still visible as a large depression behind the golf course driving range.

The North Saskatchewan River winding its way through Edmonton has been the thread linking the people to the land for countless centuries. Once cut down to its present levels, it exposed seams of coal, clay, gravels and sands, and gold. Look downriver towards Rossdale; just around the bend of the river, a major gold dredging operation scoured the gravel bars for gold prior to the turn of the twentieth century. It is reported that four million dollars in fine gold dust was taken from the river by 1894. The gold bearing portion of the river stretches for 100 miles above and below Edmonton and occurs primarily on the river gravel bars. On a warm, dry sunny day in late summer when the river is low and the gravel bars are exposed, you can still see people panning for gold near Groat Bridge.

The river was also the major source of transportation and shipping before the railway finally reached Edmonton. First came Native birch bark canoes, followed by the enormous fur trade brigade canoes. Then came the York boats, many of which were built at Fort Edmonton. Finally, the large river steamers paddled up and down the river moving people and supplies. From this spot, look across the river toward the Kinsmen fieldhouse; there lie the remains of an old sternwheeler, the City of Edmonton, which sill sticks out of the river when the water is low. This boat was built by John Walter, who also constructed many York boats, scows and sternwheelers on these flats. Wooden piles, which may be remnants of piers, can also be seen along the south banks when the waters are low. There were at least four or five piers on both sides of the river along the Walterdale and Rossdale flats.

Remains from a Riverboat just below the John Walter's Museum. South side of the River. June 7, 2015. 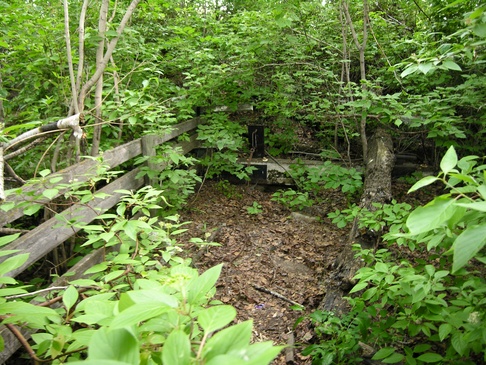 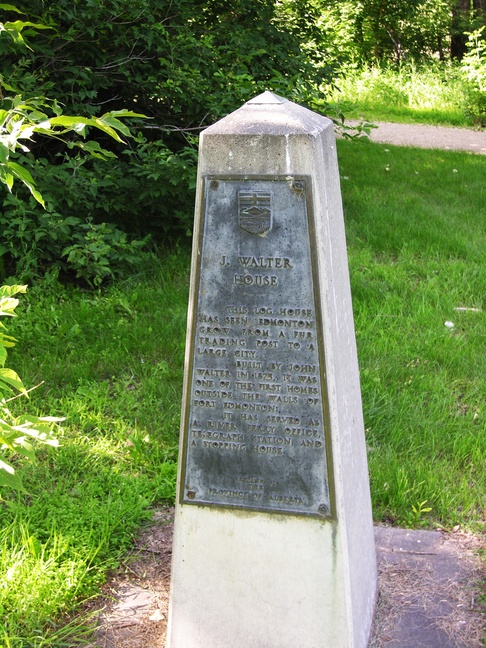 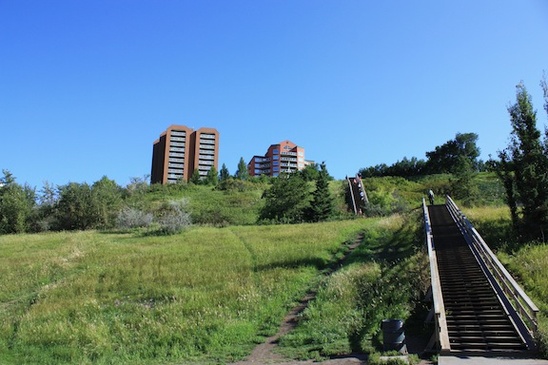