Prior to the First World War and then again in the 1920s, immigration to western Canada from the Netherlands underwent a brief period of growth. The church that had been built in 1913 held its first English language services in 1927. This simple, steep-roofed church was built in 1948 at a cost of $32,000 and served the congregation until some groups split off and found other places to worship. In 1951 the main group purchased the old Ukrainian Orthodox church at 106 Avenue and 96 Street, which is now the Family Worship Centre. 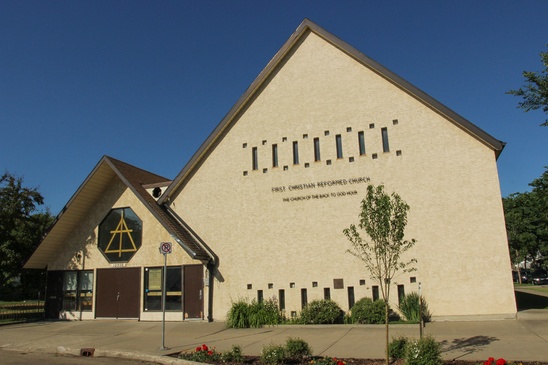