The first of the fur trade forts in the Edmonton region was Fort Augustus, established by the Montreal-based North West Company during the summer of 1793 or 1794 at a ford of the North Saskatchewan River, opposite from present-day Fort Saskatchewan. The competition for furs was stiff and the following year they were joined by Hudson’s Bay Company traders who built Edmonton House (more commonly known as Fort Edmonton).  In 1802, both companies moved to the location where the decommissioned Epcor (Rossdale) generating station is today, and for security reasons, the rival companies shared a stockade. There were several other moves in this early period, but eventually this was the site that was the most practical. The forts were built according to a style developed in New France. The Fort Edmonton Park reproduction of the last Edmonton House  (built in 1830), which was located below the provincial legislature building, is part of the legacy of the fur trade voyageurs that travelled to the far reaches of the continent in the quest for furs.

Throughout the fur trade period, a large proportion of the employees of both companies were French-Canadian voyageurs from the St. Lawrence Valley. They created families with the indigenous women and French continued to be the language of their descendants, but it was greatly influenced by the native languages such that of the Anishinaabe, the Cree, the Dene and others. This created the Métchif (Michif) dialects once common in the northwest. This made the task of learning native languages much easier when French-speaking missionaries arrived. Culturally, the Natives and Métis who had French ancestry felt an affinity towards the religion of their forefathers.

Early on, a graveyard was established near the river for Fort Augustus and Edmonton House and some voyageurs and members of their families were buried there; however, as it was on a flood plain, by 1886 a better site was chosen at 107 Avenue and 116 Street, which is now the Edmonton Cemetery. The remains of some graves of the riverside cemetery were disinterred and moved, but not all.  A memorial now stands at the original site in tribute to those who were laid to rest there. 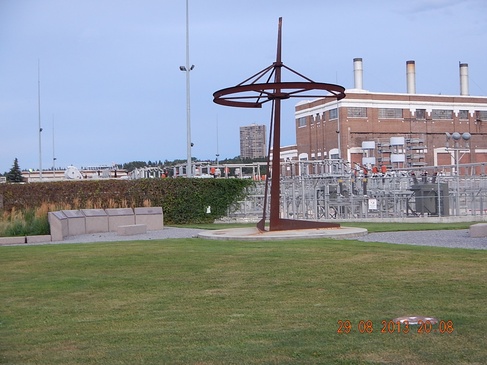