Fort Edmonton Park is a place where time has stopped and is waiting for you to experience life as it was through four historical periods between 1846 and 1929. Go back in time more than 150 years and walk through the days of the fur trade, and the pioneer years of 1885, 1905 and 1920. Costumed interpreters bring the past to life, answer your questions and invite you to experience the best of the period. Take a ride on a steam train, play pioneer games, bake bread the old-fashioned way, shop 'til you drop, or hit the midway for rides games and more fun - it's all right here waiting for you.

Fort Edmonton was the most important Hudson's Bay Company post west of the Red River Settlement at Fort Garry (near modern Winnipeg). The Fort not only traded furs, but produced goods and supplied other smaller posts.

In 1885, Edmonton was a hardscrabble place, dusty or muddy depending on the season, and, in economic and social terms, quiet as the grave. And yet, there were signs that this wasn't just any small town.

By 1920, modern times had indeed arrived in Edmonton with electrifying changes. Women officially became persons under Canadian law and became active setting new precedents in sports, the workplace and the voter's booth.

Test your shooting skills in the Shooting Gallery, play a game of Tom Thumb Miniature Golf or experience the excitement or a real 1920's-style midway.

Take a ride into the past on the Edmonton, Yukon and Pacific Railway, Original Streetcars, Buggy Rides, Wagon Rides, Stagecoach or Pony Rides.

More about amusements and transportation...

A volunteer-driven organization from its inception, the Fort Edmonton Foundation was founded in 1969 by a group of community leaders, several of them Rotarians, who were interested in establishing a visible memorial to the origins of the City of Edmonton. The objectives of the group, as set forth in the Memorandum of Association, were simple and straightforward:

Each year at the Fort Edmonton Foundation Annual General Meeting, a long-time donor is recognized with the Samuel A. Dickson Award, in honour of the late Mr. Dickson's role in the development of Fort Edmonton Park

The Foundation continues to be run by a dedicated volunteer board of directors. It works closely with the Fort Edmonton Management Company and the City of Edmonton.

To create and promote an internationally acclaimed living history experience.

The Fort Edmonton Foundation owns and operates a steam railway in Fort Edmonton Park called the Edmonton, Yukon & Pacific, after the first railway built in Edmonton. The ride is 2 ½ miles (20 minutes) through the Park on a loose figure eight configuration. At present, there are two main stops: at the Train Station at the entrance to the Park; and at a covered platform to the South of the Fort Complex (1846). 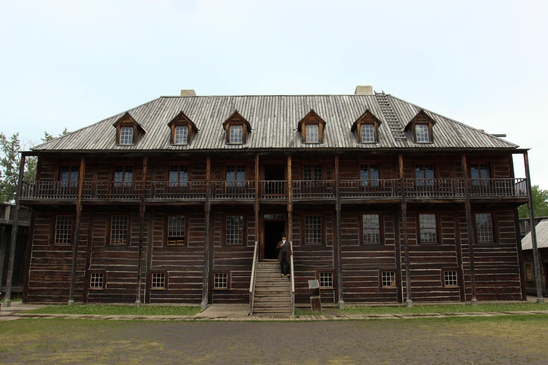 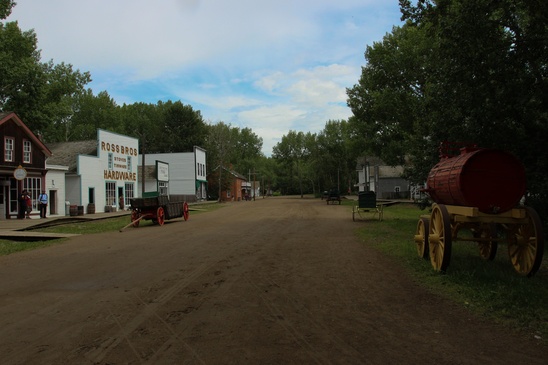