The Francis Winspear Centre for Music is a world class concert hall, representing the very best in acoustical design. In addition to being home to the Edmonton Symphony Orchestra, the Winspear Centre regularly hosts other musical performers, comedians, speakers, and events of all kinds. Located in the heart of Edmonton’s Arts District, the Winspear Centre shares Sir Winston Churchill Square with the Art Gallery of Alberta, City Hall, Citadel Theatre and Stanley A. Milner Library. The building's open, dramatic exterior and glass tower are vibrant additions to the downtown square.

Prior to the construction of the Winspear Centre, the Edmonton Symphony Orchestra performed in various halls, churches, and theatres in and around Edmonton. The Northern Alberta Jubilee Auditorium became the orchestra’s main home following the auditorium's completion in 1957. However, it soon became apparent that this hall was not an ideal match for the symphony’s acoustic sound. In 1980, Tommy Banks (then coordinator of the Edmonton Symphony Orchestra’s pops program) began making inquiries into the feasibility of fundraising and constructing a new concert hall in Edmonton. In 1983, Banks and other community partners, including Dr. Francis Winspear and Phil Ponting, formed the Edmonton Concert Hall Foundation (ECHF) to develop plans for this future facility. However, it wasn’t until 1988 that the project was able to move forward, thanks to an unprecedented $6 million donation from Dr. Winspear. At the time, this donation was the largest gift from a private donor to a performing arts centre in Canadian history. Dr. Winspear considered music fundamental in creating strong and vibrant communities. In his own words:

“As a form of communication, music can transcend the boundaries of culture, differences in educational and economic backgrounds, and barriers between nations. As such, music can help build harmony between people of all ages, races, cultures and beliefs in our growing city. My dream is to have a place where the people of our region can make the most beautiful music they are capable of- and share it with each other.”

Dr. Winspear’s gift encouraged all levels of government to get on board with the project. The federal and provincial governments responded by each donating $15 million. The city agreed to lease the corner of Churchill square (the location of the old police station) to the ECHF at the cost of $1 a year for the next 90 years.

A design competition was hosted and Cohos Evamy Architects were selected as the winners. The architects’ past work included the TransAlta Arts Barns, Calgary International Airport and the new Royal Alberta Museum. The local branch of PCL Construction was contracted to manage the on-site construction. Finally, Artec Acoustics Consulting (who had consulted in the construction of Jack Singer Hall in Calgary three years prior), were brought on to ensure that the acoustic quality of the hall remained the central focus in the design and construction process.

In 1996, the Winspear Centre was previewed in an October hard hat party. Guests and performers sat around scaffolding and rubble, ate construction site cuisine, and tested out the promising acoustics of the chamber. Dr. Winspear was in attendance, enabling him to see something of the hall he helped fund before his death in January of 1997.

The hall was completed on time and on budget. Opening celebrations were hosted from September 12 to 21, 1997. Then Music Director of the Edmonton Symphony Orchestra, Grzegorz Nowak, reported that the move was “like switching from a cheap practice violin to a Stradivarius.” In 1999, the Winspear Centre was named the Performing Arts Centre of the Year by the Canadian Session and Touring Industry Awards. To this day, it is considered one of North America’s greatest acoustic concert halls. 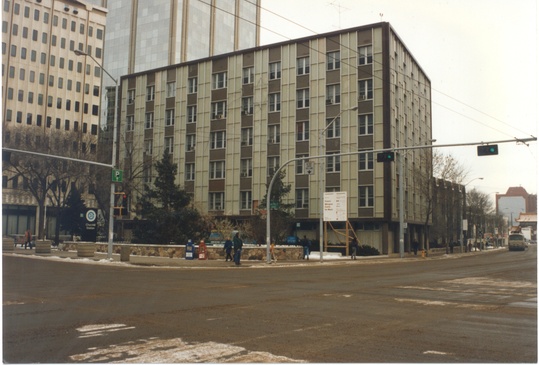 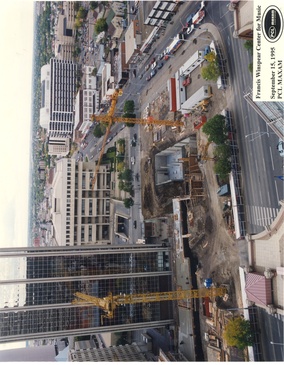 An aerial view of the Winspear Centre construction site 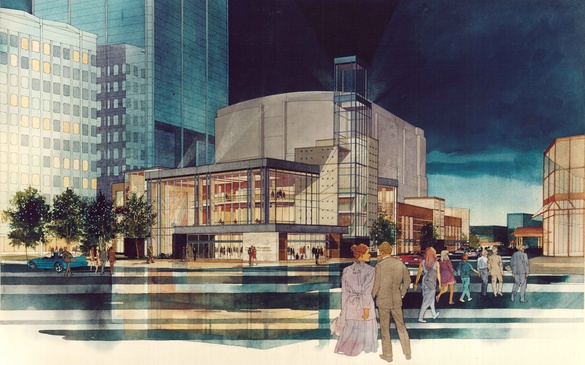 A conceptual drawing of the Winspear Centre 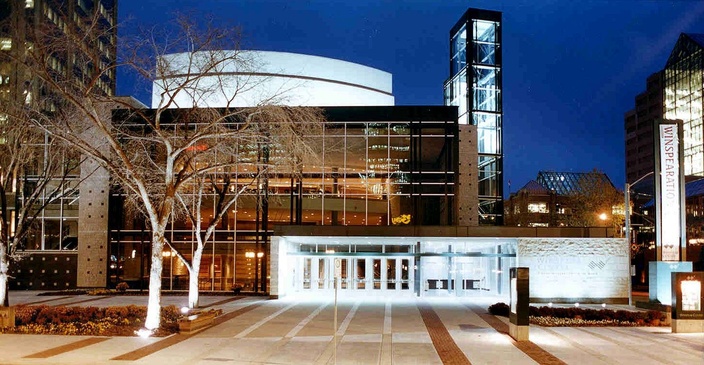