Frank Oliver, P.C. L1.D., purchased these lots in 1900 and set up a frame house.  In 1905 he built his 3-storey brick home.  Charles May was the contractor and the bricks came, specially made, from the plant of Lt. Col. Peter Anderson, DSO.

Frank Oliver was Minister of the Interior (Liberal) in Ottawa when Alberta became a province in 1905.  The home was used by the Alberta Government, serving as Government House to the first Lieut. Governor, G.H.V. Bulyea and others until 1916.  From 1916 to 1943 it was the Oliver family home, and Mrs. Oliver won prizes for “best garden” and “best decorated home” on festive occasions.

In 1943 the home was sold to the Dominion Government as headquarters for Brigadier W.W. Foster DSO, Special Commissioner for defense of N.W. Canada (Alaska Highway construction).  The house was torn down in 1957.

Oliver Building - Built on this site in 1957 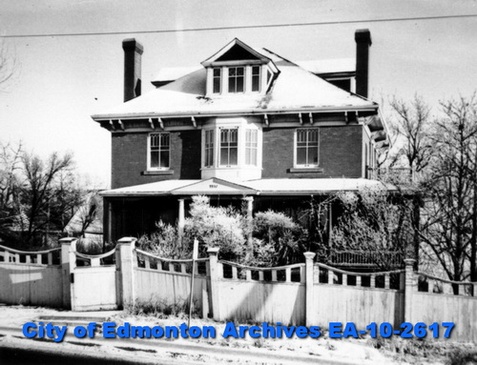 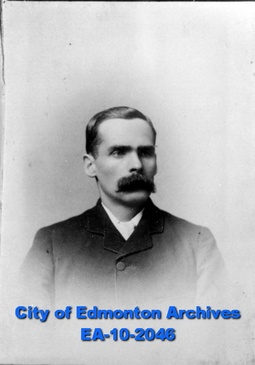 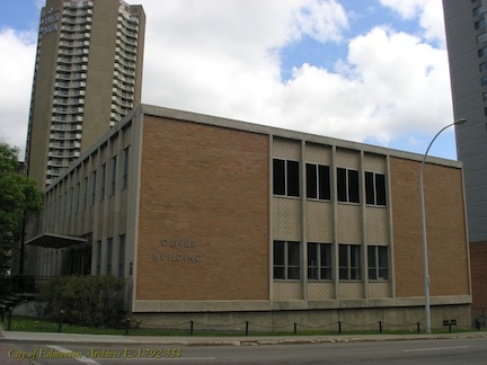