The Gainer Block, built in 1902, is a two-storey, rectangular red brick building constructed in 1902, situated on one urban lot on Whyte Avenue, in the historic Old Strathcona district of Edmonton.


The Gainer Block is significant because it represents the early development of Strathcona, Edmonton's commercial rival on the south side of the North Saskatchewan River, at what was then the northern terminus of the Canadian Pacific Railway (CPR). The Gainer Block thus provides structural evidence of the area's pre-World War One commercial boom, and is directly associated with John Gainer, an early entrepreneur. It remains an important part of one of Alberta's most important, intact, historic urban neighbourhoods.

The Gainer Block was built by John Gainer, who as the founding owner of Gainer Meats played a prominent role in the development of the livestock marketing industry in Western Canada. The 1902 brick Gainer Block replaced the original frame building that had housed his butcher operation since 1893, and served as office space as he established a more extensive slaughterhouse and packing plant operation to the east beside Mill Creek that same year. The Gainer Block was the second brick building to be built on Whyte Avenue, in part as a sign of status and also because of a 1902 Strathcona by-law that required brick construction in an attempt to reduce the risk of fires that had proven so destructive in many western communities.

The Gainer Block is therefore a good example of the brick commercial structures built in the province at the turn of the twentieth century. 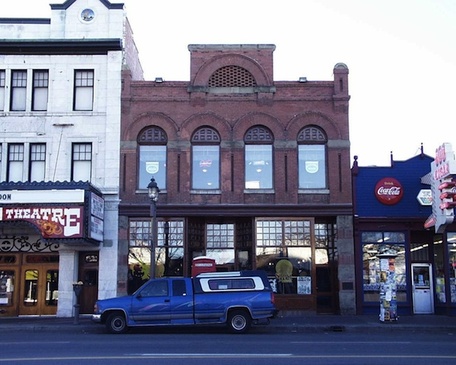