On October 4, 1986 - the International Year of Peace recognized by the United Nations - the South Asian community gifted Edmonton a life-sized bust of Mahatma Gandhi, the Indian leader and preacher of peace and “ahimsa” (non-violence).

A life-sized bust of Mahatma Gandhi sits in the northeast corner of Stanley Milner Library dedicated to harmony in diversity. The history of this black marble statue goes back to April 1986 when the Council of India Societies in Edmonton (CISE) decided to mark South Asian heritage in the city with a permanent iconic structure.

The South Asian community faced challenges to settle peacefully in Edmonton. Several people including those working at the university, international students, taxi drivers, religious organization members, worried mothers, shoppers and many more expressed their concerns about verbal and physical attacks against South Asians in Edmonton in the late 1970s. A local South Asian taxi driver, Pritam Singh, detailed first-hand accounts of name-calling that he faced on the job. New immigrants were shocked to be targets of hate crimes in their new home and lived in fear instead of peace.

In 1984 the Indian Prime Minister, Indira Gandhi (of Hindu origin), was assassinated by her Sikh bodyguards. Tensions gripped the South Asian communities in Canada and the U.K. At the time, Edmonton was home to approximately 12,000 Indians, mainly Sikhs and Hindus, and tensions flared. Newspapers in 1985 regularly reported about protests, rallies and fear of communal tensions.

The Gandhi statue was intended to build peace in those disturbing times. Architects and artists from India coordinated with local community members in Edmonton to complete the project within a record time of eight months. R. Jagannathan, a famous sculptor from southern India, created the bust. Sushil Kalia, the CISE project coordinator, worked tirelessly with Indian artists and City of Edmonton officials during the project.

The project received patronage nationally and from multiple commonwealth nations. India’s gift to Edmonton on that occasion came in the form of complete set of works by Mahatma Gandhi. Indian and Canadian airlines helped with transportation of the bust. More than 10,000 Edmontonians attended the inauguration ceremony.

Amazing web site. Plenty of valuable information in this article. I’m sending it to some buddies ans Moreover sharing in tasty. And of course, many thanks with your effort!

Your style is exclusive in comparison to other people I’ve browse stuff from. Thanks for publishing When you've got the opportunity, Guess I’ll just ebook mark this Internet site. 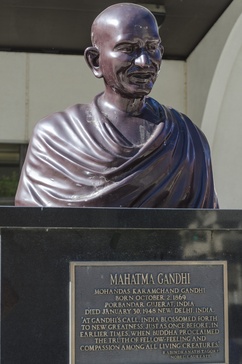 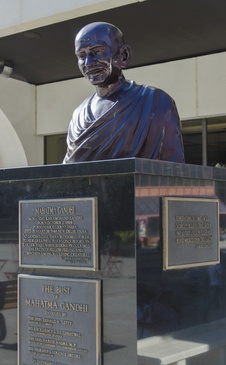 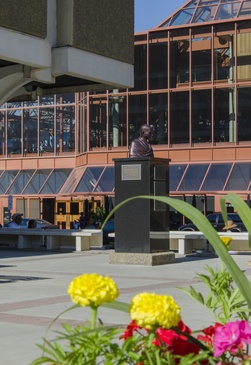