Joseph Hormidas Gariépy (1852-1927) met Fr. Jean-Baptiste Morin in Montreal, who was there on a trip recruiting for settlers for the St. Albert, Morinville, and Edmonton areas. He was so impressed by the possibilities of the Canadian West that he sold his store and in 1892, he moved to Edmonton where he surprised everyone by purchasing the northwest lot on Jasper Avenue and 100 Street for the unprecedented price of $1,200. The general store he established did well and he opened another in Morinville. A founding member of the Edmonton Board of Trade, he served several terms as its president. Active in politics, he served as an Edmonton town councilor in 1897 and was a strong advocate of separate schools in Alberta, particularly Catholic schools and the right to education in French. Gariépy invested in real estate and various other businesses. In 1903, he built the brick, French Second Empire mansion on 9947-104 Street, one of the last of the luxury homes from that period to still exist in that neighbourhood. The house was sold in 1923, and again the following year, to the Sisters of Providence of St. Vincent de Paul. They added an eastern wing in the same style and turned the mansion into a refuge for single young women arriving in Edmonton. It served as a retirement home for aging women, later, as a home for mentally ill women and finally as a halfway house for them. The Sisters closed Rosary Hall in 2012. The building is on the Alberta Register of Historic Places.

I sat down with the current owner of the house Nancy and one fact you need to fix is that the mentally ill women was not apart of the house history. All other parts of these facts are. 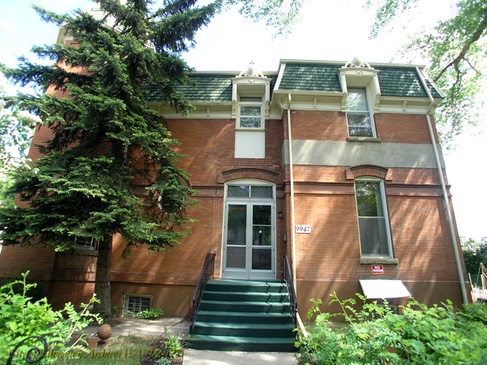 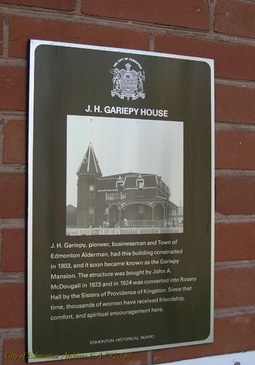