Bernie Wood and Jack Gardner were both graduates of the University of Manitoba School of Architecture in 1950. After graduation, Gardner worked for Patrick Campbell-Hope and was soon joined by Wood. They had left the firm by 1960, and in 1961, joined in partnership as Wood and Gardner. Bernie Wood obtained the commission to design the General Veterinary Hospital in 1961. This delightful and sophisticated little building is an example of International Style Structural Expressionism. The simple system of wood columns and beams is clearly expressed and, with the extensive use of wood throughout, also suggest the influence of West Coast Regionalism. The building is articulated with a composition of solids and voids that includes a wonderful landscaped outdoor atrium adjacent to the entrance, producing the overall effect of lightness and quality craftsmanship.

After i at first commented I seem to have clicked the -Notify me when new feedback are additional- checkbox and To any extent further Every time a remark is added I recieve 4 e-mail Together with the same remark. There should be a means you can take out me from that provider? Several many thanks! 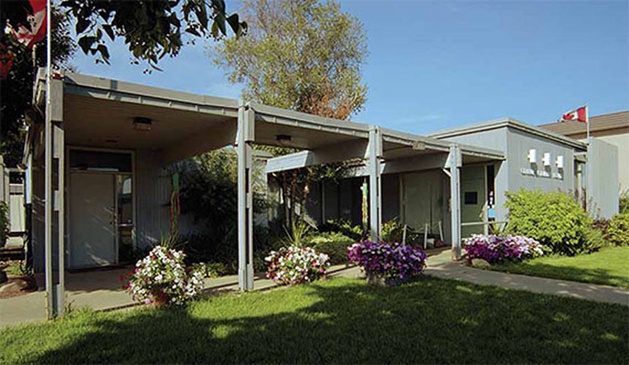