The Durrand Residence is a prominent Edwardian structure that is representative of a substantial type of domestic structure inhabited by the upper middle class.  Built by the owner for his own requirements in 1913, it was constructed with a scale and presence necessary to fit into the genteel atmosphere created by the city’s emerging commercial, cultural and political group.  This house is very solidly built, as would be expected from an endeavour undertaken by a family working in construction and carpentry.

Architectural features include a bell-cast hip roof and brick walls faced with red stretcher bond brick and detailed with sandstone sills and rusticated stone quoins.  The front entry porch, once an important visual element of the structure, has six columns resting on square brick piers.  The bay windows with sandstone headers have not been altered in any significant way.

The Durrand Residence is valued for its association with the Durrand family, who were representative of the type of entrepreneurial and professional families that began to populate the city of Strathcona early in the twentieth century.  The house was later home to Harold Gould Macdonald, a noted Edmontonian and founder of the H.G. Macdonald Company of contractors that has grown into the well-recognized firm of Christensen and Macdonald, still active to this day.  He lived in the house until 1923. 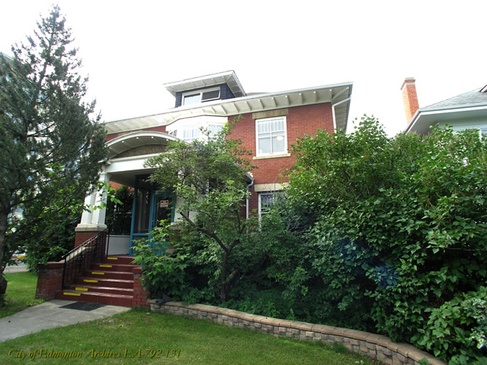 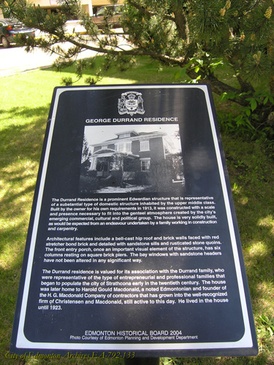 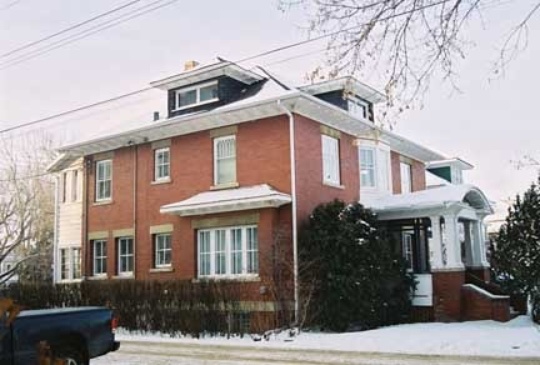 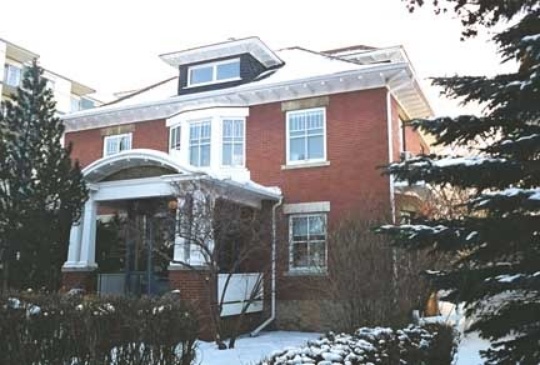