George S. Armstrong, City of Edmonton Alderman from 1908 to 1910, and Mayor from 1911 to 1912 lived here. Mr. Armstrong was an active participant in the social, business and political life of the city. He was first mayor of the amalgamated cities of Edmonton and Strathcona. After declining to seek re-election as mayor he was named southside Postmaster in 1913 and retired from the Post Office in 1937. He also ran a successful drug store on 97th Street and 103 A Avenue. George S. Armstrong is remembered as a hardworking, fair and honest person who served our city well during a time of rapid change and growth. 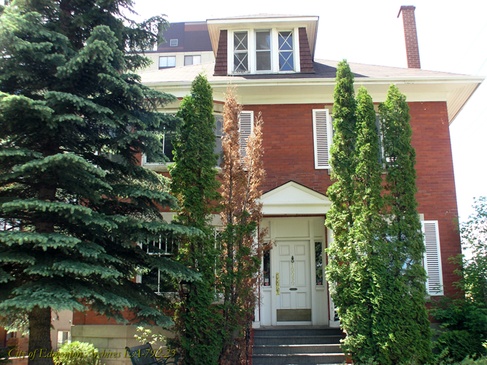 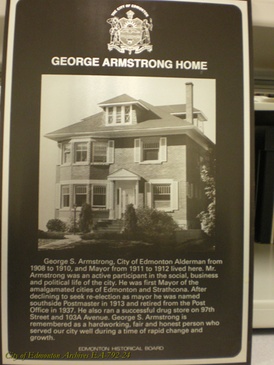