This building was constructed in 1913 by William T. Gibbard, President of the Gibbard Furniture Company of Ontario, in partnership with William Magrath and Bidwell Holgate. It was designed by Ernest Morehouse, a prominent Edmonton architect who designed many of the prestigious Highlands residences.

The Gibbard Block was originally a luxurious apartment building with two retail shops on the main floor.

The building reflects the influence of the Classical Revival Style, including cornice brackets. It had incorporated many modern features for the times, such as telephones, intercoms, and acetylene power plant and bathrooms with natural light from a skylight well. 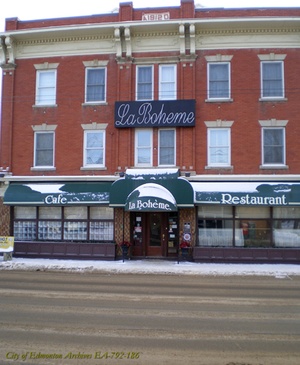 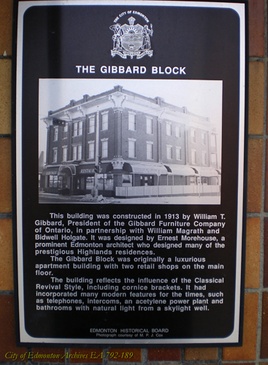