The Gibbons residence was the retirement home of one of Edmonton's more colourful individuals. James Gibbons was born on Christmas day 1837 in Holly Hill, Donegal Ireland and immigrated to America in 1856. Over the next nine years he participated in various gold rushes in California, British Columbia, Idaho and Montana. His arrival in Edmonton in the mid 1860s followed reports of gold discoveries in the area.

From his arrival in Edmonton in the mid 1860s through to his retirement from the position of Indian Agent at Stony Plain in 1908 Gibbons played a variety of roles in the economic and administrative life of Edmonton. He mined gold on the North Saskatchewan River, traded furs with the Indians and homesteaded land that now makes up Edmonton's Laurier Park. After 1891 he conducted his business activities in a less itinerant manner, operating a wholesaler liquor store until he was appointed Indian Agent at Stony Plain in 1896. Following his retirement in 1908 he purchased the property for the construction of this house that was completed in 1911.

Gibbons' career and his retirement home thus reflect the transition of Edmonton from a fur trade outpost under the control of the Hudson's Bay Company (HBC) to an emerging urban centre in the new province of Alberta.

The Gibbons Residence is modeled after Georgian Revival residential designs that were popular across Canada and the Unites States from the 1880s through to 1915. Characteristics of this classically derived style in the brick Gibbons house include its symmetry, its hipped roof, the broad overhand with brackets under the eaves, a central doorway and a veranda supported by twin box columns.

James Gibbons is my great grandfather on my mothers side. His son Wilfred was my mothers father. This article was a wonderful find

This is my great great grandfather on my fathers side! Such amazing history!!!

My great grandfather was James Gibbons Jr. He was the first born son of Isabel and James. Isabel was French, it was James Jr who married a young Cree woman named Sophie

This is my house, I love reading about the history & would like to know more about it if anyone has any details

Unfortunately the owner James Gibbons was a racist, a murderer, and truly not someone to be proud of. He allowed an indigenous woman to marry his first born son James Gibbons Junior. But forced her to denounce her history and culture. Forced to say she was black Irish. She wasn't even allowed to speak her language in her own home, for fear of what would happen to her. James Gibbons is my great great great grandfather. I have new paper articles that highlight his murderous and atrocious ways. The Gibbons need to stop being Celebrated. It is not a name I am proud to come from. Every single one of the defendants from James Gibbons first born son, stop reading our indigenous history, and stop celebrating an atrocious man.

It is not a name I am proud to come from. Every single one of the descendants from James Gibbons first born son, stop denying our indigenous history, and stop celebrating an atrocious man.*****

My grandmother actually met James Gibbons (Sr.)'s wife Mary Isabel (my great-great-grandmother) when Mary was very old and saved some newspaper clippings about her. My grandma (who is 95) said Mary came from Red River Settlement on a red river ox cart and was Metis. I recently found the scrip certificate which issued Mary 250 acres in extinguishment of her aboriginal rights, confirming that she was Metis as my grandma says. I'm not from James Jr.'s line, although I am saddened to hear that is the case.

Hello Matthew and Courtney, I am working on a project that is tracing the history of Jasper Place. We are looking to see if there are stories or artifacts of James Gibbon's Sr. benefiting from selling indigenous land and majorly profiting from this. If you have any family stories, we would love to hear them: http://jasperplacehistory.org/

I babysat for years as a teenager for the family that bought the house from you Gillian Caldwell. I also house sat for them and slept in the basement. Creeped me out! It is a very neat house!

Courtney Gibbons. Would it be possible to touch base. My gggm was the mother to Mary Isabel and I would love to learn more about them both Thanks

Hi Brooke, I’ll be in touch! Anne, my email is crgibbons@outlook.com if you’d still like to connect.

James Gibbons is my great grandfather. I have a lot of information about him and his wife. Included in this are originals of his will and his wife’s will. Also I have his autobiography. This is just some of the important documents I have.

This man forcibly stole an entire nations land from the Michel band. He is a Gordy story of Canadian history and you should be ashamed!

A powerful share! I have just forwarded this on to a friend who was performing a little bit research on this. And he in fact acquired me lunch due to the fact that I stumbled upon it for him… lol. So let me to reword this…. Thanks to the meal!! But yeah, thanks for paying some time to talk about this matter here on your internet site. 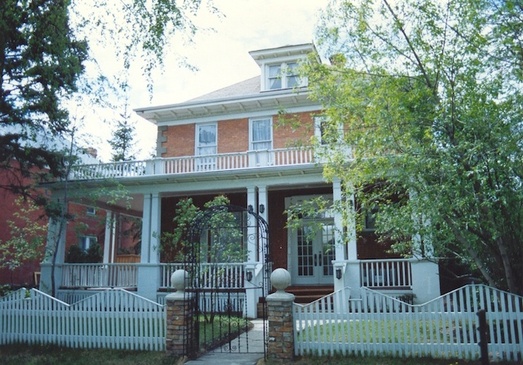