The Gibson Block originally housed retail space on the main floor, Turkish Baths in the basement and offices on the upper floor.  The office spaces were later converted to apartments.  Commercial tenants on the main floor at one time included the Gibson Cafe, whose now-notorious sign on the brick exterior referred to “white help only”.

After many years of neglect, the Gibson Block was completely restored in 1994 by the Edmonton City Centre Church Corporation to house the Women’s Emergency Accommodation Centre. 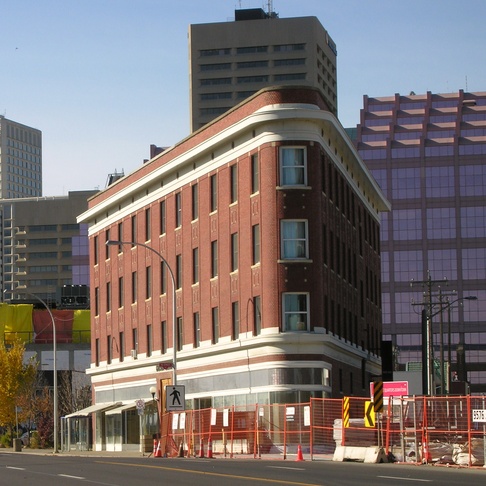 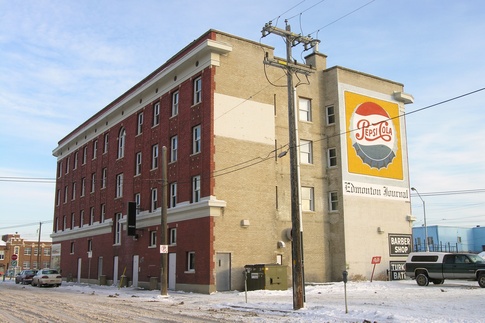 During the 80's the Gibson Block fell into dis-repair. 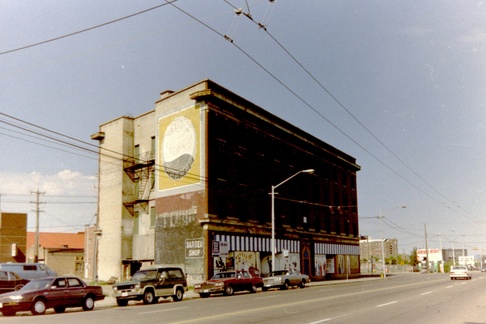 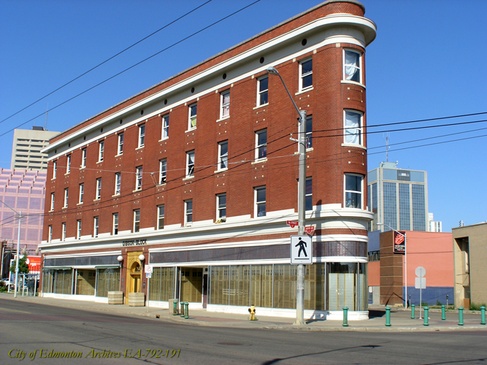 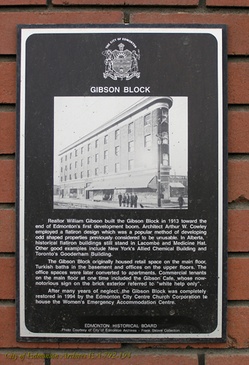