Giovanni Caboto Park in Edmonton’s Little Italy was formerly Patricia Square Park, named for Princess Patricia, the daughter of Canada’s Governor General, the Duke of Connaught, and patron of the Princess Patricia’s Canadian Light Infantry. In 1921, the Gyro Club of Edmonton chose as its slogan “Playgrounds for Children.” The Club raised $960 and obtained a city grant of $760 and opened Edmonton’s first Gyro Park at Patricia Square (95 Avenue and 108 Street) in August, 1922. In the late 1950s and 1960s, as Italian immigration to the area increased, businesses began to locate along 95 Avenue. As official multiculturalism with its respect for the cultures and traditions of immigrants became established in Edmonton and Alberta, the Italian community requested that Patricia Park be re-named to reflect an Italian hero with ties to North America. The campaign was led by Al Iafolla, who first approached the City of Edmonton in 1975. It would require a 10,000 name petition before City Council approved the name change in 1981. In the same year, the Giovanni Caboto Cultural Society of Alberta was established “to promote better understanding among people of Italian origin, encouraging social, cultural and sporting activities and to retain the heritage of all the regions of Italy and of Canada in Alberta.” Their first initiative was a one-day festival held the last Sunday of June with the collaboration of community leaders and businesses in Little Italy. The block immediately adjacent to the Park was closed off and merchants sold various types of Italian food and activities included a cycle race (reminiscent of the Tour of Italy), pasta eating contest, climbing of a greased pole as well as cultural displays and entertainment. The Appennini Dancers, the Italian Choir and others performed.  The festival was not held for several years in the early 2,000s until local businesses decided to revive it. In 2011, it was rebranded as "Viva Italia: Viva Edmonton," part of the East Meets West Festival that honours multicultural McCauley. The event takes place the last Sunday of August and continues to draw Edmontonians to Little Italy. 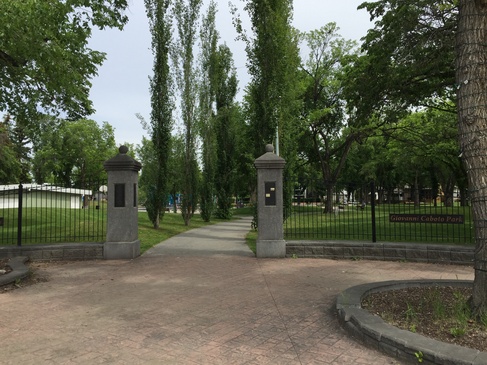 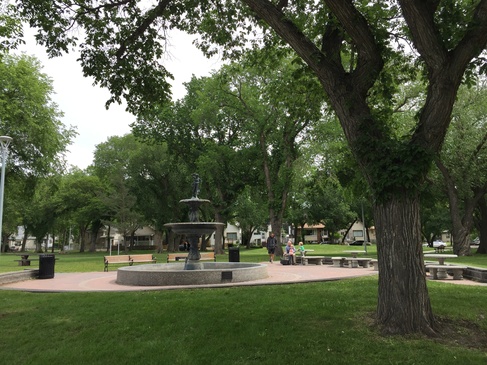 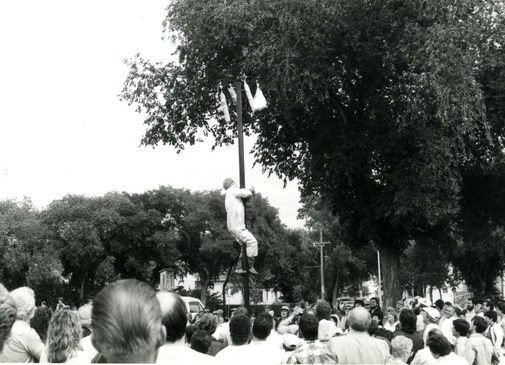