Developed during Edmonton’s economic boom of 1908-1914, the Goodridge Block was given first title, November 1, 1911, and registered in the names of L.A. Goodridge and Edna R. MacLaren, wife of T.D. MacLaren (Merchant).  The architects were Magoon and Macdonald.

Erected on the north side of Jasper Avenue, east of 97 Street, this three-storey building housed businesses in the basement and on the main floor, with apartments on the second and third floors.

In 1932, Samuel P. Wilson opened this building as W.W. Sales, and on his retirement in 1942 the firm’s name changed to W.W. Arcade.  It was managed for 20 years by Alex Ainslie, assisted by his brothers, Bob and Dave, who were justly proud of its reputation as Edmonton’s largest hardware store.

Here is a picture of the WW Arcade Store on Jasper Avenue and 97 Street around Christmas in the 80's. 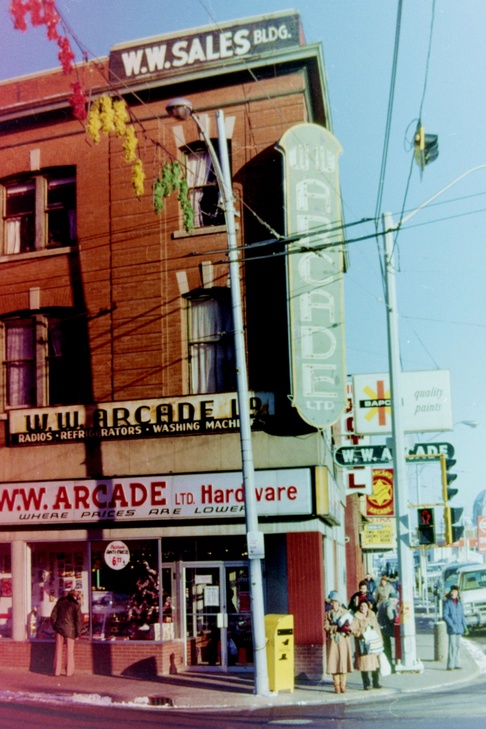 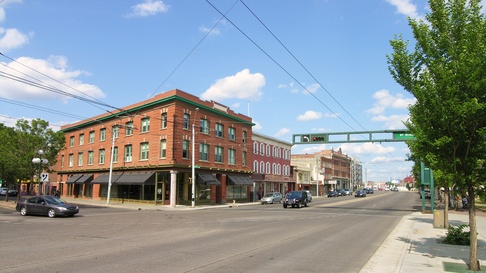 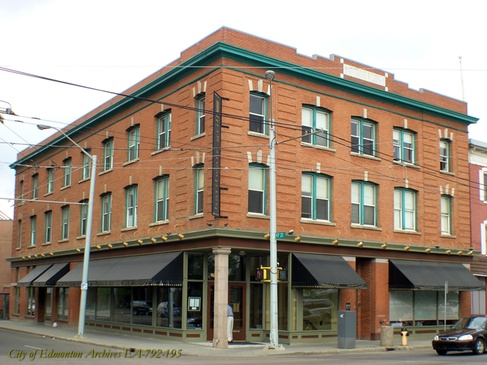 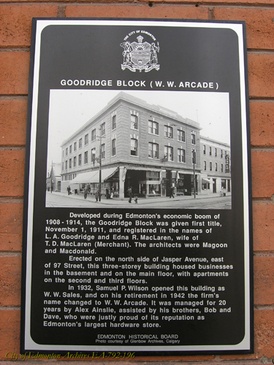