This Lutheran congregation actually began in the early 1920s and worshipped in a number of different temporary locations until it was decided there were enough people and enough money to build a new church. They sold the old hall they had been worshipping in and tore down the old parsonage. This new (1955) church building ran into difficulties with the city because of a lack of basement but once more money was raised to add the basement, the church was ready to go. The hall and education wing were added between 1963 and 1967 replacing the parsonage on the lot next door. 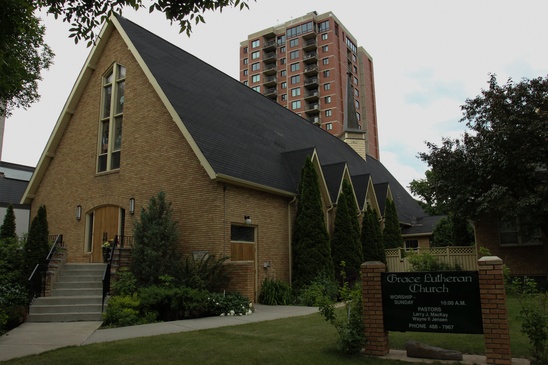 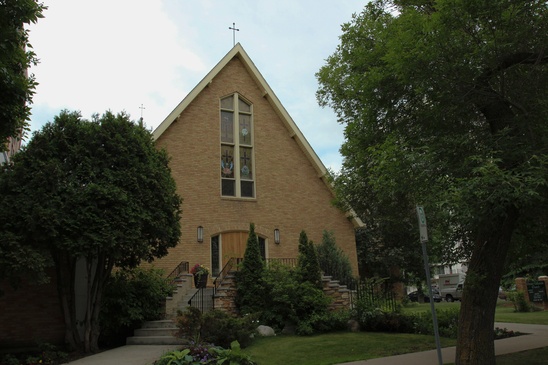