Grace United Church, located in the city’s southeast neighbourhood of Fulton Place near Capilano, is a significant contribution to the Modernist movement in Edmonton. When it was built in the early 1960s, the church was a cornerstone for family and community life for neighbourhood residents and church congregants. In 1966, as many as 1100 children were enrolled in nursery, kindergarten, primary junior, intermediate and senior classes of the church Sunday school. And by the late 1970s, the church expanded to an adjacent property in order to accommodate the building of a 34-unit senior citizen residence.

This community focus is very much present in the overall design of the building. The prairie-style influence evident in the overhangs, and geometric window patternings create a very welcoming and “down to earth”  atmosphere. A symmetrical single-storey massing with vaulted ceiling sanctuary shows that the building has two functions – the flat represents the educational and social hall areas, while the pitched roof represents the sacred. This duality continues onto the street with a gentle interplay between pedestrian traffic and the church building. In contrast to the height of the sanctuary, the front entrance is scaled to human use; a low stone wall provides a place for those to rest while also gently controlling the flow of people moving in and out.

The use of locally available materials of brick, stone and mosaic tile accents meant that builders could implement these practical and affordable materials in creative ways. A subtle pattern introduced into the red brick that shifts from horizontal striping to a new patterning on the chimney is an example of this creativity. There is visual interplay of horizontal and vertical lines throughout; the vertical rhythm of the windows with pronounced white mullions is a counterpoint to the long horizontal lines of the fascia. This rhythm blends nicely with the architects’ use of prefabricated glazing units, curtain wall glazing and brick masonry which were typical of the building culture prevalent in 1960s Alberta. 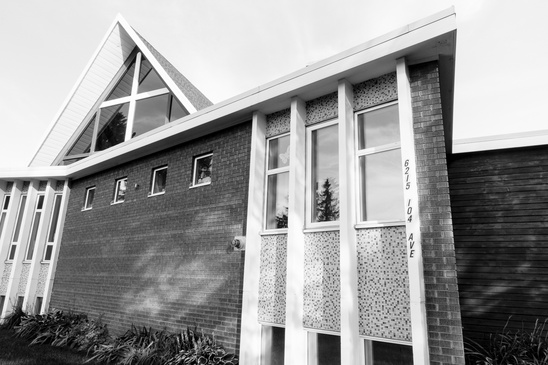 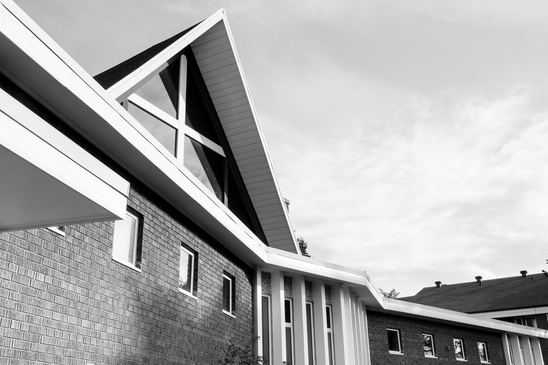 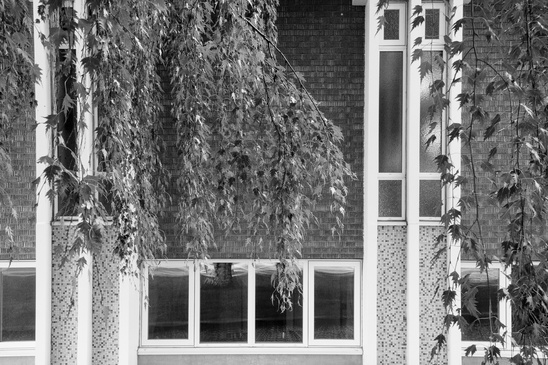 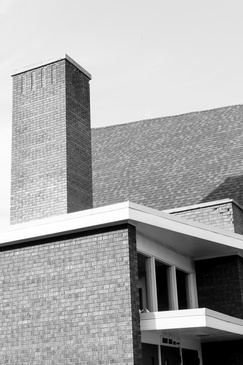