The Grierson Residence (also known as Rees Residence)was built between 1912 and 1914 during Edmonton's greatest land boom. The rapid expansion of the city resulted in the creation of the exclusive Highlands subdivision by the firm of Holgate and Magrath in which a number of homes similar to the Grierson (Rees) House were built.

The first owner, Mayme Armstrong, did not reside in the house and may have taken part in the speculative process. In 1916, R.W. Grierson bought the house and his family continued to live in it until 1972. The house has functioned as a single-family residence since its construction.

The Grierson (Rees) House, built in a style popular during the late Victorian period, conforms more to the Queen Anne style than any other. This style of architecture was most exuberant and eclectic in its use of texture, colour, and form and as such was most 'Victorian'. 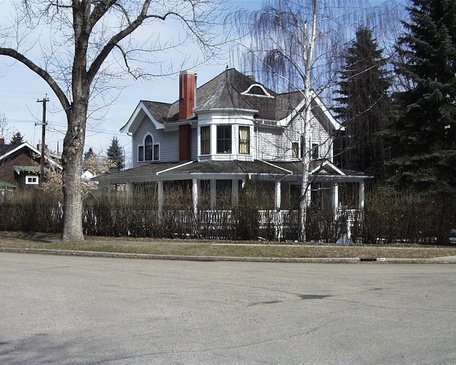